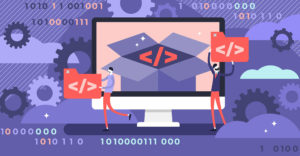 A cadre of tech giants have created the Rust Foundation. This is neither the first nor largest contribution to an open-source project by private tech vendors. Still, the creation of this new body marks another noteworthy instance in which proprietary software companies took the initiative to found and steward a nonprofit project. It’s not groundbreaking, but it doesn’t happen every day. The post Once the Big Tech Battler, Open Source Is Now Big Tech’s Battleground appeared first on LinuxInsider.