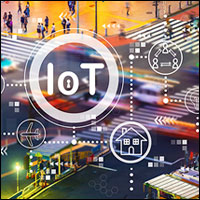 A set of flaws in a widely used network communication protocol that could affect millions of devices has been discovered by security researchers. The nine vulnerabilities dramatically increase the attack surface of at least 100 million Internet of Things devices, exposing them to potential attacks that could take the devices offline or to be hijacked by threat actors.