Arizona Is on the Verge of Adopting Voter Suppression Laws 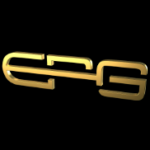 Arizona is taking center stage in the relentless effort to rein in voter participation in the name of “election security,” advancing the first in a batch of bills aimed at making vote by mail harder. These Republican-led efforts are based on the discredited lie that the 2020 presidential election was stolen and mail-in voting is insecure. Yet, it was only after the statewide federal elections in Arizona were won by the opposing political party suddenly Arizona’s mail-in voting processes became untrustworthy.

The Democratic wins at the top of the ticket, albeit narrow, were driven by high turnout and a rise in mail voting usage. Arizona had historically high turnout in 2020, about 10 percent higher and about 800,000 more voters than in 2016. In 2020, out of 3.4 million ballots counted, 2.4 million were cast by mail. Indigenous voters and especially those living on tribal lands played a decisive role. State legislative races were very close in some districts, with both houses of the Arizona Legislature almost evenly divided

Arizonans are extremely concerned that proposed changes to the “permanent early voting list,” also known as the PEVL, would disrupt longstanding practices that encourage voting. The list is wildly popular in the state. It makes voting much easier because voters on the list automatically receive their ballot in the mail without having to affirmatively request it. About 3.2 million voters are on the list right now, and voters of all political stripes are almost equally represented. The list currently consists of 36 percent Republicans, 35 percent Democrats, and 29 percent unaffiliated voters or those registered with other parties.

At the same time as attacks on mail in voting are moving through the legislature, the Arizona Senate is engaged in an unprecedented legislative “audit” of the ballots of a single county — Maricopa — in a quest to discover irregularities in those ballots. The senate is proceeding with the audit even though Maricopa County already conducted its own audit of ballots and a forensic audit of the voting machines, and both confirmed the outcome of the 2020 election.

This audit could also be used as an excuse for passing bills that restrict access to voting. In fact, a Republican senator has announced she is holding up all voting bills — positive or negative — until the results of the audit are reported because she is convinced the review of Maricopa ballots will reveal issues that need a legislative remedy. But it’s only a temporary reprieve because as long as the legislature remains in session, anti-democratic bills can be brought to a floor vote, passed, and head over to the governor.

One of them is S.B. 1485, which the Arizona House passed last week, failed in the Senate, and is currently under a motion for reconsideration. It would require counties to purge from the early voting list voters who did not vote an early voting ballot in both the primary and general election in two consecutive election cycles. Even if they voted in person in every election during the four-year period, they would still be removed from the early voting list because they didn’t use their early ballot.

Removing voters from the permanent early voting list makes it more likely that those people will not participate in elections. Increasing opportunities for mail-in voting brings marginal voters into in elections and retains voters who might otherwise choose not to participate. Current estimates predict that 125,000 to 150,000 voters will be jettisoned from the early voting list if this bill is signed into law. If it had been enacted in 2019, approximately 126,000 Arizonans who voted in 2020 would have been removed. A voter who does not receive their mail ballot will have to vote in person, which can be difficult for some people, especially those living on remote tribal lands. The predicted number of voters who risk removal are well above the margins of victory in both the 2018 and 2020 statewide federal elections.

Unfortunately, S.B. 1485 is just one in a series of bills introduced this year that aim to limit access to mail voting. S.B. 1713 would require voters to include their date of birth and one of two acceptable ID numbers when they return their early ballot: an Arizona driver’s license number or voter registration number. By excluding other types of ID, the state is closing the door on many voters who do not have these numbers. Moreover, the universe of voters who do not have a driver’s license disproportionately consists of voters of color and older voters. While the bill allows voters to use their voter registration number on the return envelope, most voters do not have that number readily available. This bill would force voters to jump through additional hoops to send back their early ballot. Importantly, failure to include this additional information gives election officials a reason to toss out those ballots.

Several other restrictive bills would make it harder for voters to fix — or “cure” — a mail ballot that has problems, and they threaten criminal penalties for both election officials and citizens for trying to encourage mail voting. S.B. 1003 would limit the time for curing a missing signature on a mail in ballot to 7 p.m. on Election Day. The cure period for mismatched signatures and other missing information is longer: voters have until the fifth business day after the election to do so.

H.B. 2792 would make it a felony for an election official to send a voter an early ballot unless the voter requests it. S.B. 1106 would, among other things, subject any person to criminal liability for knowingly assisting another person that resides in another state in voting including by forwarding an early ballot to that person. The broad contours of the bill could encompass seemingly benign action, like a parent sending a mail ballot to their child away at college in another state.

All of these bills have already been passed by one chamber of the legislature and have been passed out of committee by the other, so they stand a real chance of heading to the governor’s desk soon. Compounding these attempts to limit voter participation, the legislature has already tied the hands of local election officials by enacting a new law this month that prohibits state and local election officials from receiving or spending “private monies” in the administration of elections. This legislation, like others around the country, is a backlash against the philanthropic grants to help election officials to cope with the increased costs of running the 2020 election amidst a pandemic. True to form, Arizona did not attempt to remedy the shortfall with additional tax dollars.

As state legislatures perpetuate the myth that mail voting is insecure, it’s vitally important to call out these blatantly undemocratic efforts to prevent certain people from voting. Grassroots organizations in Arizona deserve enormous credit for beating back the worst bills in Arizona during this session. While the Arizona legislative “audit” and its attendant political gamesmanship plays out, it’s still necessary to guard against dangerous attacks on mail-in voting that could result in disenfranchising tens of thousands of voters.

The nationwide dislike of voter suppression measures has left little doubt: Americans, from everyday people to high-ranking corporate executives, understand that laws seeking to deter participation constitute an unacceptable attack on democracy. It’s well past time for state legislators to stop these efforts.