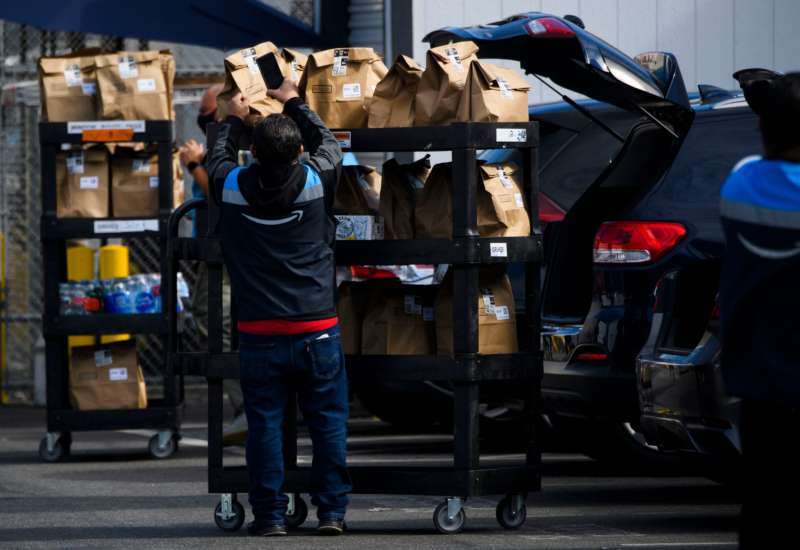 Amazon is dictating the hygiene and monitoring the social media posts of drivers that it’s contracting from other small companies, new documents show. The policies are part of a litany of strict guidelines that recent reporting has found Amazon workers are required to follow.

A document outlining the policies, which was recently obtained by Bloomberg, shows that the company manages even the smallest details of drivers’ bodies, like their fingernail cleanliness.

“Personal grooming must be maintained at an acceptable level, including but not limited to prevention of unpleasant breath or body odor, modest perfume/cologne, and clean teeth, face/ears, fingernails and hair,” the document on guidelines for Amazon’s contracted small delivery company drivers, or Delivery Service Partners (DSP), reads. Amazon can change these policies whenever it wants, and the drivers must adhere to these policies.

The document also specifies that drivers cannot post “obscene” things on social media, and that they can be tested for drugs or required to attend training sessions whenever Amazon deems it necessary. In addition, the company collects data on the location and speed of every driver — information that it can use however it wants.

“Amazon seems to want to have its cake and eat it too — to have all the control of an employment relationship, without bearing the costs,” University of Miami law professor Andrew Elmore told Bloomberg.

Amazon’s DSPs have to adhere to many of the standards that a normal employee would be expected to comply with, like attending the company’s trainings, sticking to its schedules and meeting daily with Amazon managers. But, because the drivers aren’t Amazon employees, they aren’t paid by Amazon and don’t receive benefits like a $15 minimum wage.

The company has come under fire recently for revelations that its drivers often have to urinate in bottles or defecate in bags just to meet the extremely strict schedules that the company has set for them. Documents have shown that the company is aware of this, but rather than setting lower quotas or otherwise providing solutions for its drivers, management threatens the employees with termination if they are caught doing either of those things.

Amazon has also been found recently to have broken labor laws when it fired activist employees who spoke up about the company’s labor and climate practices, both of which are notoriously poor. The National Labor Relations Board last month also held up a complaint against Amazon for the company’s interrogation and intimidation of a warehouse employee who led a walkout over pandemic conditions.

Last month, the company successfully busted a union effort by employees at a Bessemer, Alabama, warehouse. The unionization vote failed, but the Retail, Wholesale, and Department Store Union has accused Amazon of foul play in its efforts to mangle the unionization attempt.

Before the union vote, the company even pressured the United States Postal Service to install a mailbox to collect ballots just outside the warehouse, thus creating a situation where employees could be intimidated into thinking that the company was monitoring them as they cast their vote. Amazon CEO Jeff Bezos called for a social media blitz pushing back against lawmakers like Sen. Bernie Sanders (I-Vermont) who were critical of the company and supportive of the unionization.

The company also hired police officers to intimidate workers, hung anti-union posters all over the building, including in the bathroom, and forced employees to attend long meetings in which they were fed anti-union propaganda. Employees said they would sometimes get texts encouraging them to vote against unionization, and the company likely spent millions of dollars on the effort.