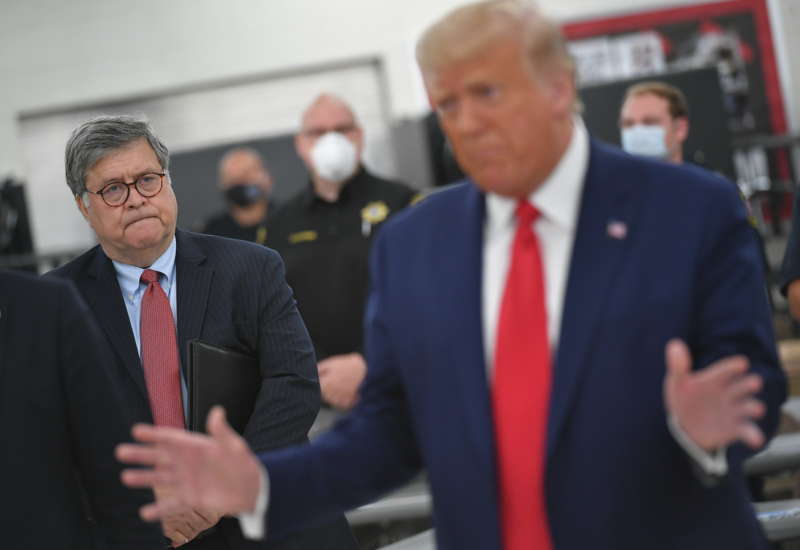 A federal judge has ruled that a redacted memo crafted by the Department of Justice (DOJ) in 2019 that DOJ lawyers said justified the department’s decision not to file obstruction of justice charges against former President Donald Trump must be made public.

District Judge Amy Berman Jackson said on Monday that then-Attorney General William Barr and a cadre of lawyers and legal advisers who helped pen the memo had misled the public, then and now, over what its purpose had been.

The DOJ had argued that the full memo should not be made public for government deliberation because of attorney-client privilege regarding what actions, if any, should be taken over conclusions arrived at in the Mueller report. The investigation led by special counsel Robert Mueller examined whether Russia and the Trump campaign in 2016 had colluded with one another and whether Trump, or others within his campaign, had obstructed that inquiry. But Jackson rejected that argument because her own review of the memo found that Barr had not been forthright about how the document was conceived.

“Not only was the Attorney General being disingenuous then, but DOJ has been disingenuous to this Court with respect to the existence of a decision-making process that should be shielded by the deliberative process privilege,” Jackson wrote in her opinion.

Rather than being a document that sought to come to a conclusion on what to do, Barr and the DOJ had already determined what action was going to be taken. Privacy concerns that lawyers for the DOJ made about the deliberative process, then, were insincere.

“The review of the document reveals that the Attorney General was not then engaged in making a decision about whether the President should be charged with obstruction of justice; the fact that he would not be prosecuted was a given,” Jackson explained.

Lawyers’ arguments defending the right to keep the memo a secret didn’t match up with emails and other documents that were presented within the trial, the judge added. Claims by the DOJ “are so inconsistent with evidence in the record, they are not worthy of credence,” Jackson wrote.

Indeed, while the memo was being finalized, Barr was already on Capitol Hill, briefing Congress on why he would not be pursuing charges against Trump.

Jackson ruled that the DOJ has two weeks to decide whether to appeal her ruling or not. After that time, if no appeal is made, the document must be made public, without most of the redactions currently contained within.

Jackson’s decision for the memo to be made public came about from a Freedom of Information Act lawsuit filed by the government watchdog group Citizens for Responsibility and Ethics in Washington. Jordan Libowitz, a spokesperson for the organization, explained that skepticism over Barr’s decision not to seek charges against Trump prompted the lawsuit.

“We requested these records and filed this lawsuit due to serious doubts about the official story coming out of Barr’s DOJ,” Libowitz said. “While we do not yet know what is in the memo, the Court’s opinion gives us confidence that we were right to have questions.”

Days after receiving the Mueller report in late March 2019, Barr issued a four-page letter to the public concluding that there wasn’t collusion between Trump’s campaign in 2016 and the Russian government, and further suggesting that the report contained no evidence to support charges of obstruction of justice. Trump used Barr’s letter to suggest he had received “complete and total exoneration” from Mueller’s investigation.

In actuality, the Mueller report refused to make conclusions on what actions should be taken. Instead, the report outlined at least 10 instances by Trump that might amount to obstruction of justice, but left it to Congress to decide how to handle the matter afterward.

In May 2019, Mueller, speaking for the first time publicly about the investigation that he led, reiterated that claims by Trump and his allies, saying that he was exonerated, were false. “If we had had confidence that the President clearly did not commit a crime, we would have said so,” Mueller said then.