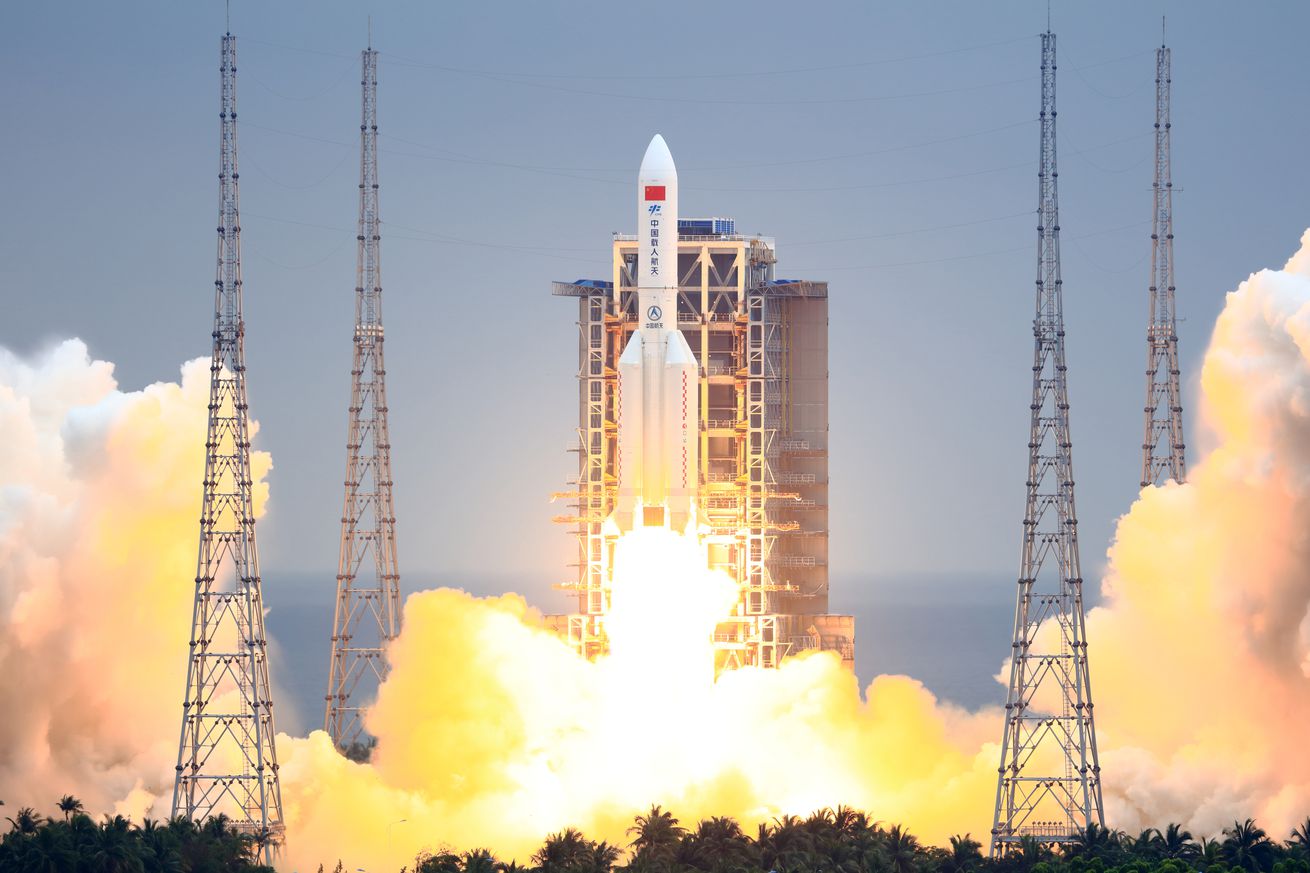 Photo by VCG/VCG via Getty Images

According to the Washington Post, US Space Command, which helps locate man-made satellites in orbit around the planet, was tracking the rocket’s location. The agency said the rocket “re-entered over the Arabian Peninsula at approximately 10:15 p.m. EDT,” adding it was unknown if the debris impacted land or water.

The agency’s official Twitter account tweeted late Saturday, “Everyone else following the #LongMarch5B re-entry can relax. The rocket is down.”

Everyone else following the #LongMarch5B re-entry can relax….