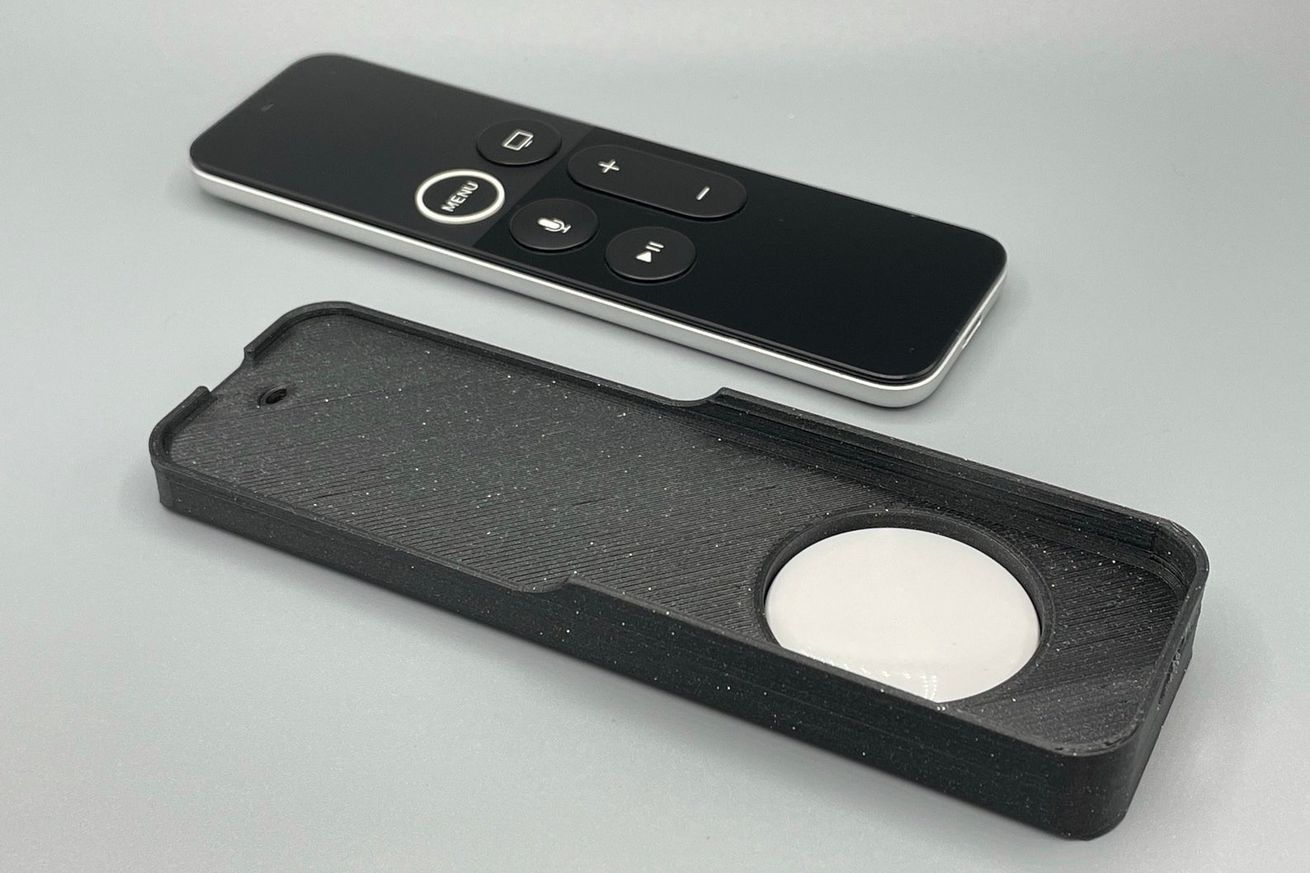 Here are a few unrelated facts:

Up until few weeks ago, Apple was selling the Siri Remote, one of the least popular (and most easily lost) remote controls ever made, with a slick glass and metal chassis that’s practically designed to slip behind a couch cushion.
Apple also recently released its AirTag trackers, which use a Bluetooth network of Apple devices and local ultra-wideband tracking to help locate missing items, whether they’re across town or a few feet away in the room with you.
The AirTag tracker has a small speaker, so you can find it buried in a couch or under a pile of throw pillows.
Apple just redesigned the Siri Remote, which it announced at the same event as the AirTags trackers.
Apple did not include a UWB chip in…