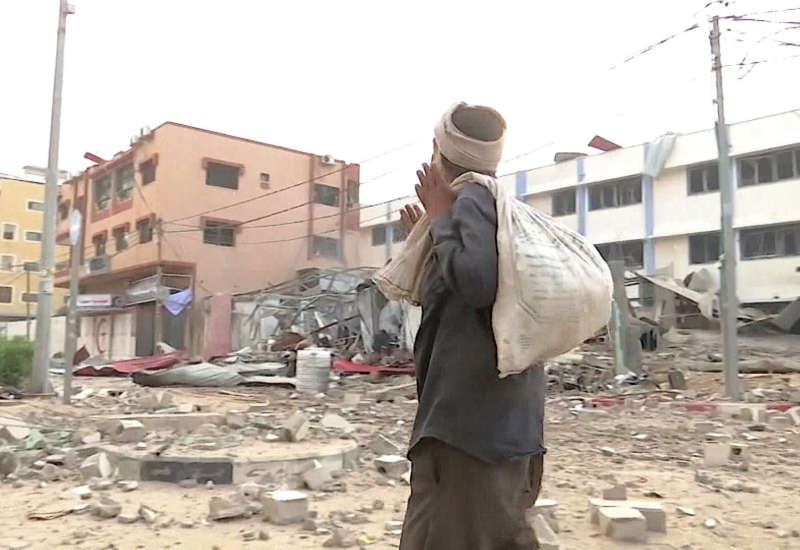 Israeli airstrikes in Gaza have killed at least 26 Palestinians, including nine children, as tension in the region has escalated sharply. Hundreds were also injured by Israeli forces Monday when they stormed the Al-Aqsa Mosque, the third-holiest site in Islam. Hamas responded by firing hundreds of rockets into Israel, which reportedly caused dozens of injuries but no deaths. The tension in Jerusalem has been mounting for weeks as Palestinians have been organizing to block Israel from forcibly evicting dozens of Palestinians in the Sheikh Jarrah neighborhood to give their homes to Jewish settlers. The United Nations has described the planned eviction as a possible war crime. Raji Sourani, award-winning human rights lawyer and director of the Palestinian Center for Human Rights in Gaza, says Israel’s latest assault is compounding the suffering of people in the besieged territory. “We have the occupation. We have the blockade for the last 14 years, which paralyzed our entire lives. We have the pandemic, and now we have this fourth war against Gaza,” he says. We also speak with Orly Noy, an Israeli political activist and editor of the Hebrew-language news site Local Call, who says the latest outbreak of fighting is likely to help Israeli Prime Minister Benjamin Netanyahu cling to power. “Israeli politics is now in a very strange phase,” Noy says. “Extreme right-wingers are controlling both sides of the Israeli map.”

Biden pardons thousands of marijuana offenses, urging governors to do the same

The Steam Deck is now available with no reservations required (mostly)

Did Google fix its terrible cases for the Pixel 7? Sort of