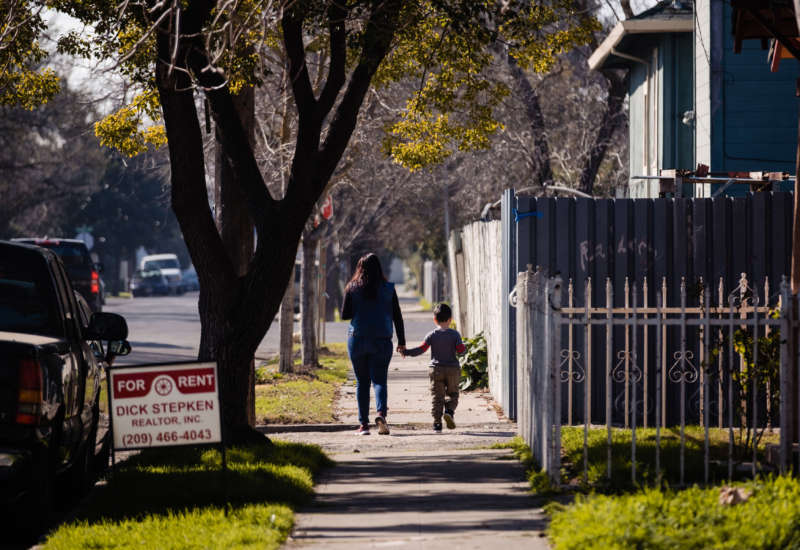 It’s probably safe to say that a few years ago, most Americans weren’t familiar with the term universal basic income, commonly abbreviated as UBI. But more recently, as the idea has grown in popularity among the tech community, and with Andrew Yang’s presidential run putting it into the political spotlight, the idea of everybody in the country receiving a monthly check just for existing has begun to capture the public’s imagination and has become a more normalized part of the political lexicon.

It’s important to note that there are multiple versions of universal basic income, from libertarian or right-wing iterations which see the UBI as a replacement for public benefits, to more progressive versions, such as those discussed in this article, which are intended as a supplement to already existing social safety net programs and which do not use means-testing (such as requiring employment) as a qualifying factor.

In fact, just in the last few years, several cities and nonprofits, and even tech companies across the United States have begun launching guaranteed income pilot programs intended to study the practical effects that no-strings-attached cash payments may have on a wide variety of communities, spanning from immigrants of varied legal status, to formerly incarcerated people, to women of color who are raising children, and more. Although a number of these programs are not technically universal, instead targeting specific communities, a significant number of them are truly universal.

The program, which concluded this February, was a randomized control trial, and has been evaluated by a team of independent researchers who just published a report sharing the study’s key findings.

“The Stockton results were really powerful,” said Natalie Foster, co-founder of the Economic Security Project, a network that supports exploration and experimentation of a guaranteed income, and the first organization to put money into the SEED demonstration. “People reported much lower stress, less anxiety attacks, people went off meds — just a much lower load of stress in general, which is good for society.”

Pam and Jim — one couple in their late 20s/early 30s who live in Stockton with their three school-age children and were recipients of the SEED funding — described how they used to regularly have panic attacks as a result of financial stress, but since receiving the monthly basic income, they’ve reported that their anxiety has greatly decreased.

“I had panic attacks and anxiety,” Pam told researchers in Stockton. “I had to take a pill for it. And I haven’t even touched them in a while. I used to carry them on me all the time.”

The report also showed that a guaranteed income reduced economic volatility. For example, researchers found that households receiving the intervention were better positioned over time to cover a $400 unexpected expense with cash or a credit card paid in full than the control group.

“When given a baseline of income security, people found full-time work at twice the rate as the control group because they had to invest in the risky endeavor of applying for a job,” Foster said. “By having a little bit more economic security, they were able to spend more time on their own employment and with their own families.”

These findings are consistent with other universal basic income pilots, which show that, counter to what certain right-wing taking points against UBI might suggest, unconditional cash has actually been shown to increase participation in the labor force, rather than disincentivize it.

The report also outlined how people spent the money, which was largely on goods and services and things like groceries and utilities. The monthly payments also provided recipients with something less tangible: time.

“There is a story that has always stuck with me where one of the participants talked about going to the swimming pool with his children one Saturday morning after he started getting the monthly checks,” Foster said. “He realized that his kid knew how to swim, which is something he didn’t know because he’d never had the luxury of a Saturday morning with his children where he didn’t have to work.”

The key findings from the SEED program reflect those of other pilot studies as well, which show that when given financial opportunities, people generally utilize them in important and productive ways. For example, the “Mincome” experiment, which provided a guaranteed income to the entire town of Dauphin, Canada, in the 1970s, resulted in fewer teenage boys dropping out of school to enter the work force and more people taking job training courses at the local community college.

The promising data coming out of pilots and demonstrations like those in Dauphin and Stockton have helped to spur a national movement. In fact, Mayor Tubbs’s SEED demonstration inspired him to launch Mayors for a Guaranteed Income, a coalition which consists of more than 40 mayors across the country, from large metropolises like Los Angeles, California, to smaller cities such as Santa Fe, New Mexico, and Montpelier, Vermont.

One of these cities is Patterson, New Jersey, where Mayor Andre Sayegh announced the launch of a pilot program called Guaranteed Income in March 2021. The program will give $400 per month to 110 people, regardless of employment status, for a one year.

But not all cities are waiting for their mayors and policy makers to make the first move. In 2018, a group of mothers in the city of Jackson, Mississippi, launched the Magnolia Mother’s Trust, the first pilot in the U.S. to offer monthly payments specifically to low-income African American mothers.

The Magnolia Mother’s program provides Black mothers in Jackson $1,000 per month for 12 months, and has supported 230 mothers since its inception. There is also a multi-generational component to the project which invests a one-time deposit of $1,000 into a savings account for the children of the mothers in the program.

“Our moms always talk about how it gives them breathing room, it provides the space so they can zoom out and reflect and think and plan,” Nyandoro said. “People pay off debt, explore home ownership, get cars, go on vacation for the first time. One of our moms in our first year went to visit her father — she hadn’t seen her father in over 20 years because neither one of them had ever had the disposable cash necessary to go visit each other.”

The guaranteed income provided by the Magnolia Mother’s program is not technically a universal basic income because it’s targeted to a specific, marginalized demographic, a relatively recent trend in the movement for a basic income.

“I do believe that targeted programs like ours can have a universal impact,” Nyandoro said. “The work that we have done and that SEED has done and all of the other advocates who have been working for this for the last few years, all of that research and all of our advocacy has really helped to lead the charge for cash disbursements, or stimulus checks, or the child tax credit that we’re seeing now. And that is all universal.”

Although not officially partnered with the city, Jackson’s mayor, Chokwe Lumumba, is a member of the Mayors for a Guaranteed Income coalition, so the potential for a municipal guaranteed income program is not off the table.

“The demonstrations of basic income are replicating in cities across the United States at incredible speed and have spurred a federal conversation,” Economic Security Project’s Foster told Truthout. “We live in an era of pandemics. There will be more and more income instability and income insecurity, and guaranteed income is something that should be part of our 21st century social contract to help families weather coming pandemics, whether they be disruptions to the labor market, climate-induced disasters or future viruses.”

Although still somewhat siloed in specific localities, the pilot studies and guaranteed income programs emerging across the country are all providing useful and important data on the positive outcomes of providing individuals and communities with unconditional cash. This data is important to starting a national conversation about basic income and is also useful for policy makers when considering the potential for municipal, state or even federal programs.

“What’s important is that these demonstrations show what’s possible — but they are never a substitute for public policy.” Foster said. “I think we’re at a moment, as a society, where we’re inspired by these pilots and are moving to make them policy — we’re going from pilots to policy.”

There are currently around 30 guaranteed income pilots either taking place or being planned all across the country, mostly having taken place or having been announced in the last two or three years. With mayors in cities like Oakland, California, and Hartford, Connecticut, unveiling new basic income pilots in just the last few months, it’s clear that more and more municipalities are interested in reimagining how to ensure economic security and stability for their residents.