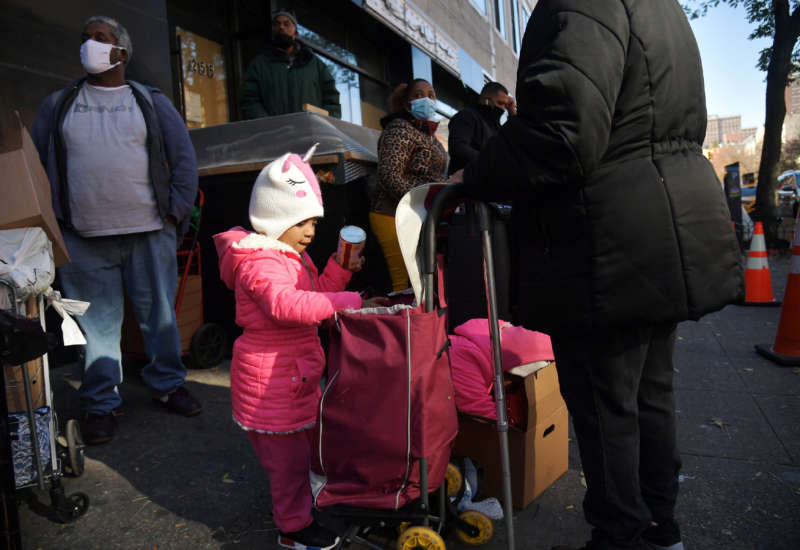 The United States is slowly emerging from the COVID-19 economic recession. The unemployment rate has dropped by more than half. People are spending more money now than they did before the pandemic began. Families are paying off their credit card debt again.

Yet these milestones mask an uncomfortable truth: The economic recovery is mostly benefitting white families. New data released by the Census Bureau shows that nearly four in 10 Latino and Black households are having a hard time paying their bills more than a year into the pandemic — double the share of white households, according to the Center for Public Integrity’s analysis of the latest Household Pulse Survey, which covers the last two weeks of April.

About 36% of Latino families said they had a very difficult or somewhat difficult time paying their bills in the previous week, compared with 35% of Black families, 20% of Asian families and 18% of white families.

Congress has spent trillions of dollars to boost the safety net during the slowdown. Lawmakers increased spending on unemployment assistance, handed out stimulus payments and expanded child tax credits. But these policies weren’t designed to reverse decades of structural inequality.

Rep. Gwen Moore (D-WI) made a similar argument during a March hearing before the House Budget Committee.

“Those who were behind before this pandemic have suffered disproportionately,” Moore told her colleagues. She pointed out that the Child Tax Credit lifted 4.3 million people out of poverty in 2018. In March, Congress passed the American Rescue Plan Act, which temporarily doubled the amount of money low-income families can claim per child. Economists say the temporary changes will help reduce poverty among Black families by 42%.

Moore urged her colleagues to make these changes permanent and to target the families that need the most support.

“We should keep doing what is working and build on the [American Rescue Plan] to begin a new conversation about how we help people truly escape poverty,” she said.

Amazon takes on Nest with a $59.99 smart thermostat

Microsoft opens its Windows store up to third-party app stores