The Death of Democracy Looks Nearer Than Ever 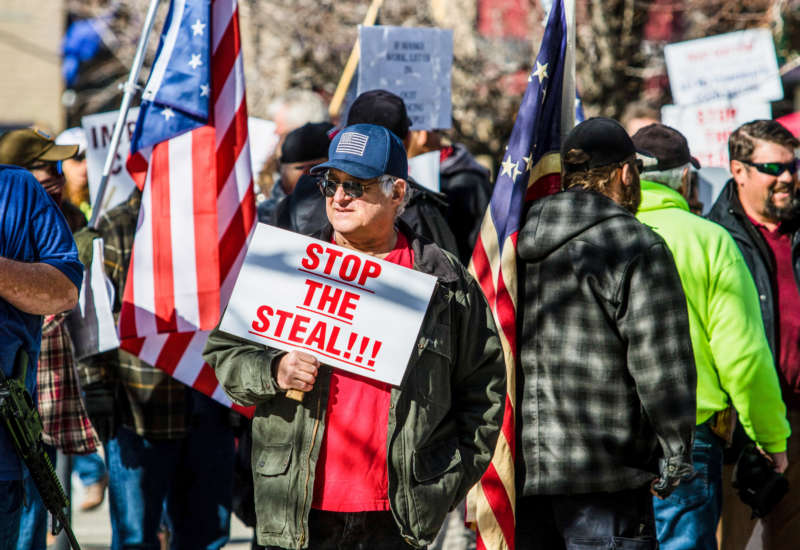 Liz Cheney is not on my short list of politicians I admire or wish to see in Congress. But she has done the right thing in calling out the “big lie” and promising to do all she can to keep Donald Trump away from the White House, literally or in terms of his influence over a terribly broken party. She is a canary in the coal mine. Would that others had the courage to follow suit.

Most sentient beings on the planet breathed a huge sigh of relief last November when Joe Biden won the presidential election. We were even happier when he and his administration immediately began acting robustly on myriad issues. First came the well-chosen appointments, the flurry of executive orders reversing Trump’s perversities, then the big bills aimed at health care, infrastructure, economic recovery, climate change, income inequality, childcare and more — all of which made Republicans in Congress and their QAnon conspiracists cringe — and jump into action.

A majority of states immediately flew into action to bring back Jim Crow with hideous voting rights restrictions. Protesters began to be arrested. Gun violence and hate crimes grew by startling percentages while cops kept killing Black people. Arizona Republicans decided to hold yet another recount of the election results there, barring journalists from the hangar where counters reportedly tried to spot bamboo in the ballots. (Proof, if we needed it, that the party has gone crazy.)

All of this occurred after Jan. 6, when the unimaginable happened and an insurrection at the U.S. Capitol sent America a clear message: This country is not out of danger.

The fact is, the real and growing possibility of living through the destruction of American democracy is not going away. It is growing. Donald Trump is now viewed as the head of the Republican Party as he holds the feet of elected officials to the fire with his fierce, alarming grip on their futures. A significant number of regular Republicans continue to embrace the lies, mantras and inconceivable theories spewed out daily by Fox News. Insurrectionists crawl out from under their rocks in droves. The Supreme Court is now a quasi-political body with a 6-3 conservative majority.

All this is terrifying in its implications. Like many others, I grow more and more anxious by the day — so much so that I actually inquired about getting a British passport, which my husband and children hold. I know that what happened in countries like Turkey, Egypt, Poland, Hungary and others can happen here.

We are not immune from autocrats and dictatorship and we are not protected by our Constitution if it no longer holds meaning for those in power. Our future is riding on the midterm elections next year, and the 2024 presidential election.

If you think I am needlessly hyperventilating, consider this: In 1923 Hitler mounted a failed coup. When he failed, his effort was treated leniently. A decade later he was Germany’s dictator. In 2021 Donald Trump inspired a failed coup. It too has been treated leniently by those who say we “need to move on.” Will he, or his appointed alter ego, be our dictator in less than a decade?

Ece Temelkuran, a noted Turkish journalist, wrote a book in 2019 in which she explains how President Recep Tayyip Erdogan came to rule that country. The book is called How to Lose a Country: The Seven Steps from Democracy to Dictatorship. In the first chapter she writes, “Watching a disaster occur has a sedating effect. As our sense of helplessness grows along with the calamity, [we begin to feel that] there is no longer anything you can do.… global news channels jump in [for] the denouement. It has been a long and exhausting [time], unbearably painful. It began with a populist coming to town.… A bleak dawn breaks.”

She goes on to draw chilling comparisons between the fate of Turkey and what’s happening in the U.S. and elsewhere: “It doesn’t matter if Trump or Erdogan or [the U.K.’s] Nigel Farage is brought down. Millions of people are fired up by their message and will be ready to act upon the orders of a similar figure.… These minions will find you, even in your own personal space, armed with their own set of values and ready to hunt down anyone who doesn’t resemble themselves.”

Temelkuran points out that this is not something imposed top down or imported from the Kremlin. It also arises from the grassroots. She says wisely, “It is time to recognize that what is occurring affects us all.”

It is time, indeed, for America to realize what is occurring — and that it will affect us all.