Google Podcasts Is Hosting a Cache of White Nationalist Content 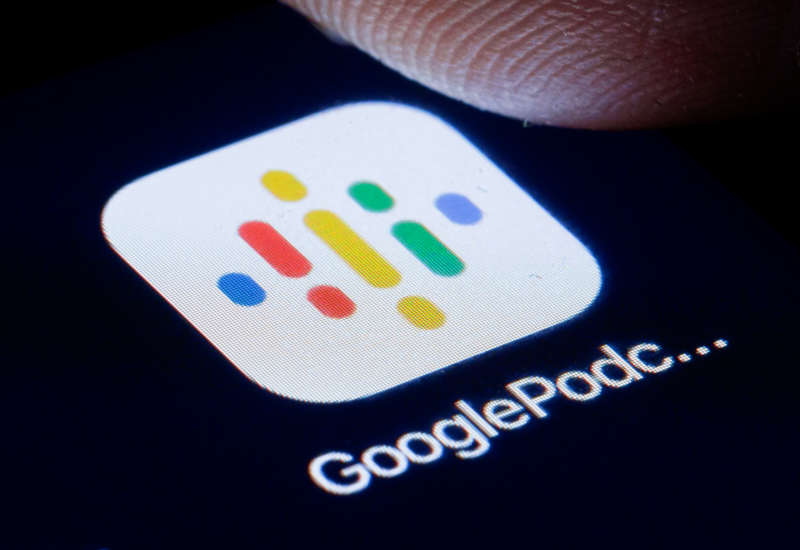 What facilitated the reach of both the “alt-right” and Donald Trump was the same: social media sites that allowed professional-appearing content to reach a mass audience on a shared system. Anyone could go on Twitter, create a YouTube channel or syndicate their podcast. This downloadable radio format became the “go-to” spot for the alt-right following the lead of the white nationalist pioneers at “The Daily Shoah” and their parent website, The Right Stuff. This created an interlocking network of white nationalists bound together by these multiplying media projects.

Since 2017, a reckoning has happened with tech companies that have seen pressure from anti-fascist activists and have dropped far right members from all the platforms they had relied on for their growth. While often hesitant, the disaffiliations that tech companies made did have an effect as Amazon, Apple, Stitcher, and dozens of others stripped access to their platforms from high-profile white nationalists, conspiracy theorists and others stoking violence. The first to be deplatformed were often the low-hanging fruit, such as The Right Stuff, which is known for its open racial slurs and celebration of racist violence, including hosting “eliminationist” perspectives that advocate mass acts of genocide against Africans.

One of the few tech companies to hold out on banning the Right Stuff’s content and multiple other white nationalist shows is Google Podcasts. While a bigger platform with Android, Google Podcasts uses the powerful Google search engine to embed individual podcast episodes, meaning you don’t necessarily have to download an app. This may mean that Google Podcasts has less control over the content that is on its system because a massive list of white nationalist shows is available on this mainstream platform.

Google Podcasts offers “The Daily Shoah” (renamed “TDS”) available from The Right Stuff podcast network. The explosion in alt-right organizing and talking points would have been impossible without The Right Stuff, which blew open into public view in 2015 when it helped trend the hashtag #Cuckservative, which meant white conservatives who worked “against their own interests” in immigration. The Right Stuff shorted “alternative right” to #AltRight and built a mass following, linked up with white nationalist leader Richard Spencer, and hosts were the “shock jocks” of this emerging white nationalist wave. Google Play has a page for “TDS,” which embeds episodes for each play and links back to The Right Stuff’s main website page, where people can donate in dollars or Bitcoin. As of 2020, The Right Stuff’s bitcoin wallet had taken in well over $300,000 in donations, all intended to keep TDS on the air and its hosts financially secure. This is notable because it is actually quite hard to find The Right Stuff when using Google, and far right websites have often been banned from their Google’s advertising platform. Instead, what comes up are mirrored websites from archival-style pages, and Google Play. While The Right Stuff did have a podcast feed on iTunes (now Apple Podcasts), it was taken down back in 2015, as were many other far right podcast feeds.

Also on Google Podcasts is Richard Spencer’s podcast from his website Radix, in which he hosts conversations on “culture, society and politics” from a white nationalist perspective, sharing the stage with “race realist” Edward Dutton and a young nationalist co-host from Ireland named Keith Woods (who also has old episodes of his own individual podcast hosted on Google Podcasts). Greg Johnson, who runs the largest U.S. white nationalist publishing house, Counter-Currents, has his podcast on Google Play as well. Counter-Currents sold most of its titles on Amazon, including offering some for free through Amazon Unlimited, but this declined after a mass purging from Amazon of offending titles. Today, only a few titles by Johnson appear on Amazon; the rest require a complicated series of processes and money transfers to get a hold of straight from their press.

An investigation found well over a dozen far right or white nationalist podcasts, including white supremacist favorites like “Red Ice Radio” and “American Renaissance;” far right author Jack Donovan’s “Start The World” and other podcasts from The Right Stuff network, such as “Fash the Nation” and “Power Aesthetic” from Wolves of Vinland founder Paul Waggener; older shows from Richard Spencer and others under the name Alt Right Radio; and Groyper leader Nick Fuentes’s program, “America First.”

Google Podcasts is not just sharing the newest stream of content, it has a lasting library of old podcast content that white nationalists can depend on to reach their recruits.

Despite Facebook, YouTube and Twitter’s attempt to deplatform anything associated with the QAnon conspiracy theory, Google Play is still hosting multiple QAnon podcasts. This is especially concerning since the prominence of the QAnon conspiracy behind the violence at Capitol Hill (and around the country) on January 6 shows the effect of this misinformation. Alex Jones, the eponymous conspiracy theory leader was also deplatformed from all social media and podcast hosting systems, yet he continues to live on Google Podcast.

When contacted with links to these podcasts to get a statement about how it intended to deal with far right content, Google did not respond. It had already taken multiple steps to try and move away from far right content, including banning far right content on its ad platforms, which is intended to be a break in the chain of monetization for far right websites. This move came after the Center for Countering Digital Hate put pressure on Google to ban certain websites that traffic in conspiracy theories or other types of far right content. After the January 6 violence, Google also pulled out of supporting the “free speech” platform Parler, where many participants in the attack planned their travel to the capitol. And since Google searches still govern who lives and who doesn’t on these platforms, changes in search algorithms have limited the capacity of websites like The Right Stuff to reach new audiences. But through the Google Play system, listeners can get a straight shot to The Right Stuff’s website and its donation prompts.

Left to their own internal processes, tech companies have shown that they are unable to successfully disassociate themselves from white nationalist patrons.

“When major tech platforms host white nationalist content, they make readily accessible to a wide audience the virulent bigotry and exclusionary ideology that has helped inspire mass shootings and other violence against immigrant, Muslim, Black, Asian American/Pacific Islander, Jewish, LGBTQ and other marginalized communities in recent years,” Ben Lorber, a research analyst with Political Research Associates who tracks the far right, told Truthout. “They amplify conspiratorial, authoritarian voices that helped inspire the storming of the U.S. Capitol and other attacks on the foundations of multiracial democracy.”

Google Podcasts is not just sharing the newest stream of content, it has also become a lasting library of old podcast content as well, meaning that this may be the last mainstream platform that white nationalists can depend on to reach their recruits.

Anti-fascist and anti-extremist organizations have honed in on pressuring these tech companies to take action on these issues with varied results, as many tech companies hold out either under the banner of “free speech” or display a lack of concern.

“The logic of deplatforming is simple: the less bigots and hate groups have access to income streams, media platforms, et cetera, the fewer people they can reach,” says Abner Hauge, an anti-fascist journalist and activist with Left-Coast Right Watch. “We know the people they reach and indoctrinate into their hatred go on to organize acts of violence and terror. Therefore, deplatforming and otherwise stopping neo-Nazis like the TDS crowd materially means less people inflicting violence on others.”

The reality is that deplatforming white nationalists was a key piece of the alt-right’s decline, which is why activists have focused on this strategy as a key component in winning the fight against white nationalism in the public sphere. Google Podcasts remains one of the last major platforms to host some of the most egregious white nationalist podcasts. Other platforms like Facebook, Amazon and YouTube are works in progress as their efforts to deplatform fascists remain partial. Left to their own internal processes, tech companies have shown that they are unable to keep up with trends on the far right and require pressure from outside activists and monitoring organizations to successfully disassociate themselves from white nationalist patrons.

“Tech platforms must balance a commitment to free speech with a civic responsibility to uphold the values of pluralism, democracy and equality that undergird a healthy, vibrant and safe public square,” said Lorber. They are under no obligation to host white nationalist and other far right content that amounts to a full-frontal assault on these values.