Climate Crisis May Lead to Rise in Stillbirths 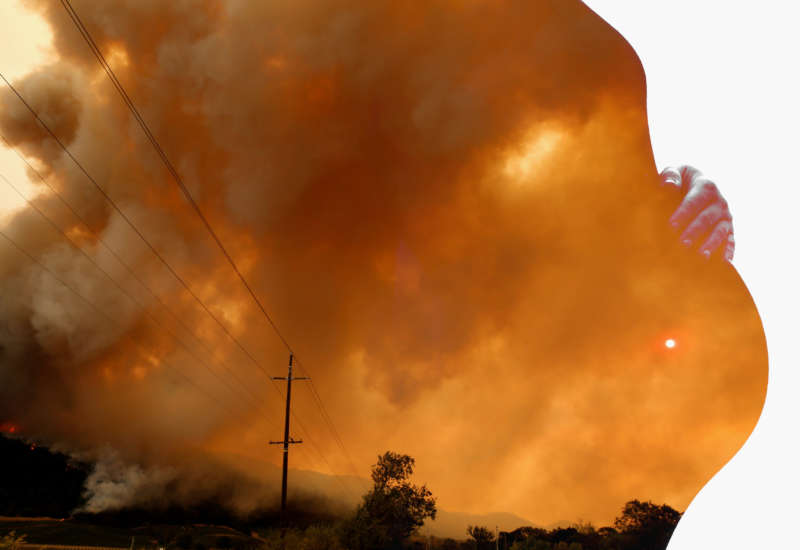 Climate change is perhaps the greatest existential threat that humanity has ever faced — and as environmental research accumulates, we keep discovering unexpected side effects of making industrial civilization reliant on fossil fuels. The latest one: a likely link between global warming and increased numbers of stillbirths.

A new study published in the scientific journal Environmental Research suggests a connection between an increase in the Earth’s temperature and more stillbirths. Authors from the University of Queensland found that pregnant women who were exposed to extreme ambient temperatures during their pregnancy seemed to be at an increased risk of stillbirth, especially later in the pregnancy. Scholars at their School of Earth and Environmental Science and the Mater Research Institute reviewed 12 studies with relevant data in their study.

“An estimated 17–19% of stillbirths are potentially attributable to chronic exposure to extreme hot and cold temperatures during pregnancy,” the authors note.

“Climate change can have a multitude of impacts on an individual’s health, especially among vulnerable populations,” the research team behind the study told Salon by email. “For pregnant mothers, extreme weather events can impact access to antenatal services and increase risk of heat-related illnesses. Mothers living in low-resource settings are particularly vulnerable to these effects.”

In a press release regarding the study, environmental scientist Dr. Scott Lieske described how their conclusions suggest that marginalized populations which already struggle disproportionately due to lack of resources will be even harder hit as global temperatures rise and they suffer more miscarriages.

“More than two million stillbirths occur every year around the world, with the most occurring in low resource settings,” Dr. Lieske said in the press release. “Not only are these poorer countries already affected disproportionately by stillbirth, they’re now going to be disproportionately affected by climate change as well. If the link apparent in this research bears out upon further scrutiny, the majority of new stillbirths will occur invariably in the nations already suffering the most.”

The scholars emphasized that much additional work needs to be done to fully understand the science at play here.

“To fully understand the effects of maternal exposure to ambient temperatures and stillbirth, future studies should focus on the biological mechanisms involved and contributing factors, in addition to improving measurement of ambient temperature exposure,” Professor Vicki Flenady, Director of the Centre of Research Excellence in Stillbirth (Stillbirth CRE) at Mater Research, said in the press release. “In the meantime, we would encourage pregnant women to talk to their healthcare providers about staying safe during the cold days of winter and hot days of summer.”

The research team told Salon that they are interested in learning more about the ways our environment impacts stillbirth risks and chose to study ambient temperature exposure during pregnancy as an initial step.

“The NHMRC Stillbirth CRE research program addresses priorities across four major program areas, including improving stillbirth data to drive change and identifying new approaches to stillbirth prevention,” they wrote to Salon. “This review helped us to identify an important gap in data as well as highlighting a potential area where stillbirth risk could be improved in the future.”

The possible rise in stillbirths is only the latest in a series of red flags indicating that pollution and greenhouse gas emissions are making Earth less habitable. According to the World Wildlife Fund, the population sizes of “mammals, birds, amphibians, reptiles and fish” have fallen by 68 percent since 1970, amounting to an “unprecedented” decline in Earth’s biodiversity. Over the last two centuries, humans have destroyed one-third of the planet’s forest cover and overfished one-third of the world’s fish stocks. We also continue to churn out plastic products that clog up our oceans, clutter up our land and contain chemicals that have been linked to ominously declining sperm counts.