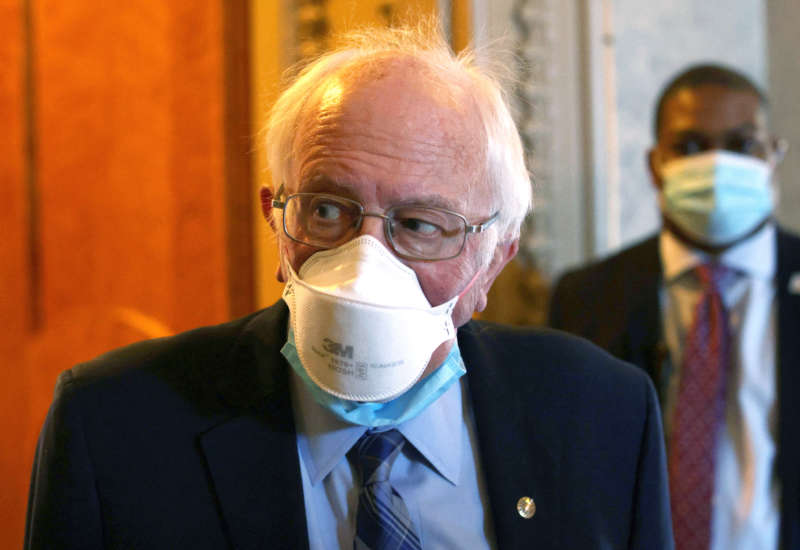 Last month, the National Aeronautics and Space Administration (NASA) chose Elon Musk’s space exploration company SpaceX for a $2.9 billion contract to help develop the agency’s moon landing project, Artemis. Now, Congress is debating an amendment to a science and research funding bill that would give $10 billion for the same project to Jeff Bezos’s space company, Blue Origin, which lost the original contract. The company has spent hundreds of thousands of dollars on lobbying Congress.

Sen. Maria Cantwell (D-Washington) proposed the amendment to the Endless Frontier Act that would essentially directly award billions to Blue Origin. The company is based in Cantwell’s home state and, The Intercept reports, spent $625,000 lobbying the Senate in the first three months of this year alone. At least $50,000 of that has gone directly toward lobbying efforts for the Artemis program.

But there’s a chance that the amendment may not end up in the final bill. Sen. Bernie Sanders (I-Vermont) has offered a counterproposal without the $10 billion handout to Blue Origin. The purpose of the amendment, as he wrote in the amendment itself, is “To eliminate the multi-billion dollar Bezos Bailout.”

Sanders voiced concerns over the privatization of space exploration and giving billions to Bezos’s company on the Senate floor on Tuesday.

“I worry very much that what we are seeing now is two of the wealthiest people in this country, Mr. Elon Musk and Mr. Bezos, deciding that they are going to take control over our space industry,” he said. “I have got a real problem with the authorization of $10 billion going to somebody who, among other things, is the wealthiest person in this country.”

Sanders continued that criticism on Twitter on Wednesday morning. “Jeff Bezos is the richest guy on the planet. He’s gotten $86 billion richer since the start of the COVID pandemic,” he wrote. “Does he really need $10 billion from Congress for space exploration?”

Indeed, space exploration has gotten increasingly privatized over the past decade or so, and former President Donald Trump even slashed NASA’s budget while voicing support for private commercial moon landers during his presidency.

Cantwell has argued that her amendment is necessary for “redundancy,” saying “Trump had requested $3.4 billion for this, and then Congress never did anything about it.”

She isn’t wrong about this — NASA was originally supposed to choose two companies so there could be a backup option if SpaceX couldn’t deliver. The agency only chose one company after Congress failed to provide enough funding for the project.

However, that still doesn’t explain why the award, given to the company that wasn’t chosen for the project, would be so much larger than the original contract.

“In reality, Cantwell’s amendment is probably more accurately interpreted as an effort to support Blue Origin, which is based in the state she represents,” wrote Ars Technica’s Eric Berger. “Were the Cantwell amendment to be signed into law, NASA would have to reopen the competition, thus delaying work on the agency’s return to the Moon and putting an already difficult target of 2024 into further jeopardy.”

Blue Origin and Dynetics, the other company in competition for the contract, last month filed complaints with the Government Accountability Office over NASA’s decision. Cantwell’s amendment would essentially bypass those complaints, which are still open.

In an Era of Record Wildfires, Insurers Have Made Fire Coverage Unaffordable

Russell Brand: Russiagate is a Democratic Conspiracy Driven by the Clintons

Pokémon Legends: Arceus’ new trailer shows what you’ll be doing outside of battle