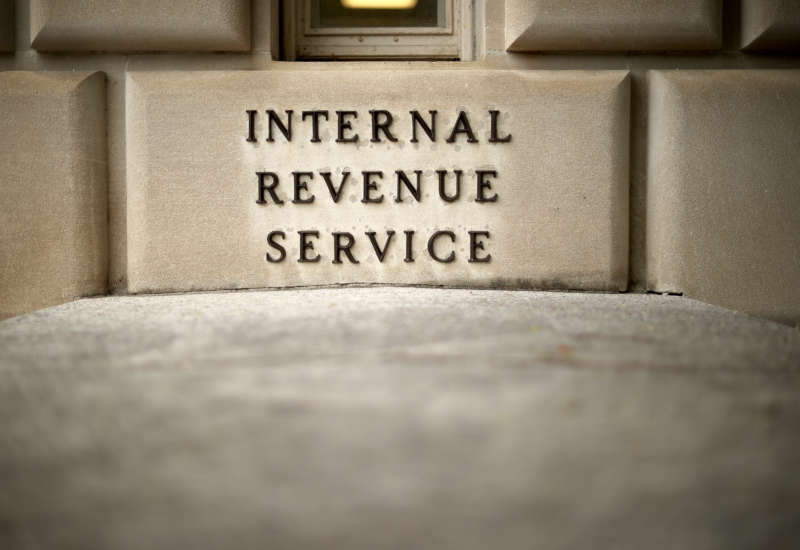 Senate Minority Leader Mitch McConnell (R-Ky.) is moving to protect “dark money” donors by supporting a bill that would continue concealing their identities from the Internal Revenue Service.

The “Don’t Weaponize the IRS Act,” introduced last week by Sen. Mike Braun (R-Ind.), would prevent the IRS from mandating that 501(c)(4) nonprofits identify their top donors in filings to the agency, turning IRS guidance issued under former president Donald Trump into law.

McConnell, Braun and the 43 other Republican senators who signed on as co-sponsors say the measure would protect outside groups from discrimination by the IRS. The agency previously apologized for slow-walking conservative groups’ applications for nonprofit status and leaking nonprofit donors.

“Politics has no place in federal tax compliance efforts,” said Sen. Mike Crapo (R-Idaho), one of the bill’s co-sponsors, in a statement.

“We have seen what happens when the IRS misuses information in its possession to target specific groups or individuals. Providing the IRS with additional private information that it doesn’t even need to perform its tax administration responsibilities would only further put the privacy and constitutional rights of American citizens at risk,” Crapo continued.

In 2018, the Trump administration issued guidance instructing the IRS to stop requiring nonprofits — including politically active dark money groups spending on elections — to disclose the names and addresses of top donors to the agency, though they were still required to disclose the sums of money included in each large contribution. A subsequent Senate vote to reverse the move passed with unanimous support from Democrats along with Sen. Susan Collins (R-Maine), but the proposal fizzled out in the Republican-controlled House.

In late April this year, 38 Democratic senators sent a letter to Treasury Secretary Janet Yellen and IRS Commissioner Charles Rettig calling on them to roll back the Trump anti-disclosure rule.

“Eliminating the requirement that tax-exempt groups disclose basic information about the source of their contributions undercuts efforts to enforce prohibitions against foreign spending in U.S. elections and detect other illegal activity,” the senators wrote. “It also undermines the ability of the U.S. government to police the wave of ‘dark money’ that has flooded our political system in the decade since the Supreme Court’s decision in Citizens United v. Federal Elections Commission.”

On May 26, more than 30 House Democrats sent another letter to Yellen and Retting reiterating that message.

“As secret campaign contributions continue to pour into federal elections, this IRS rule is a major step backwards for transparency and will allow dark money to continue to corrode our political system,” the members wrote.

The White House has not responded to the letters, though President Joe Biden has said that he supports donor disclosure requirements for groups that spend more than $10,000 on elections and Yellen has expressed openness to addressing nonprofit donor disclosure.

According to an OpenSecrets report, dark money groups spent a record $1 billion during the 2020 election cycle. Groups that do not disclose their donors reported spending a combined total of nearly $119 on direct election spending and poured hundreds of millions more into undisclosed ad spending and contributions to super PACs. Most of that sum went to Democrats, and a significant amount supported Biden’s election efforts.

Democrats’ hallmark campaign finance legislation, the ‘For the People Act,’ would make sweeping changes to election law and require all nonprofits that spend more than $10,000 on elections to disclose the names and addresses of donors who give more than $10,000.

GOP lawmakers say the For the People Act would undermine privacy and free speech protections for donors to outside spending groups. They argue that disclosure requirements discourage potential donors from making contributions — which Republicans say are a form of constitutionally protected speech — out of fear of recrimination from their political opponents.

The most recent iterations of the For the People Act exempt donors who would be subject to “serious threats, harassment, or reprisals” due to disclosure from having their names or addresses disclosed under the new requirements.

The Don’t Weaponize the IRS Act picked up endorsements from three 501(c)(3) nonprofits, one super PAC and seven 501(c)(4) spending groups, all of which are aligned with conservative causes or Republican candidates. Many of these groups have also spoken out against Biden’s plan to beef up the IRS’ funding and enforcement powers, a measure which Democrats say will help crackdown on tax evasion and raise revenue to fund government programs.

Many of these groups have also embraced similar legislation at the state level as lawmakers across the country consider similar bills prohibiting state government entities from requiring nonprofits to disclose their donors.