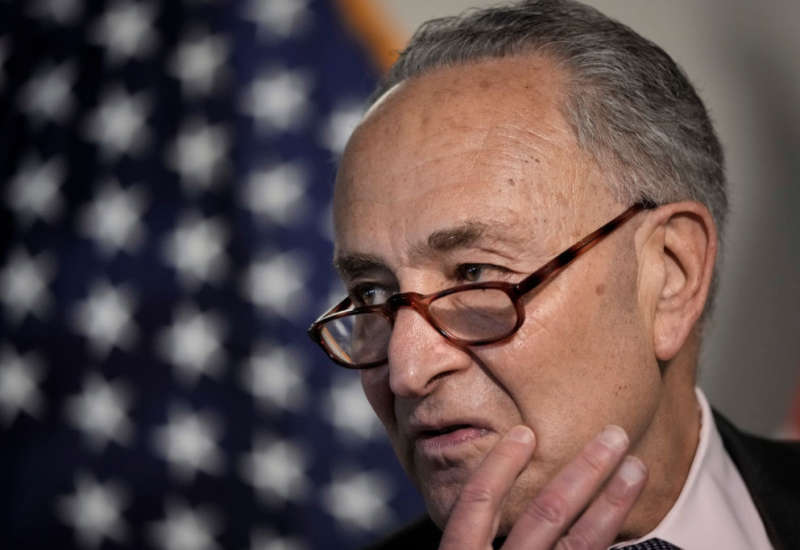 The Senate parliamentarian has issued new guidance on what routes Democrats in Congress can use to pass much of their legislative agenda, creating new roadblocks in their attempts to utilize a little-known legislative rule that would let them use budget reconciliation more than once in a single fiscal year.

On Friday last week, Senate parliamentarian Elizabeth MacDonough clarified earlier remarks putting doubts into whether Democrats can use an obscure rule, Rule 304, to get around limitations that only allow Congress to use budget reconciliation once a year, which could throw a major wrench into Democrats’ hopes of passing their legislative agenda.

Democrats are looking for ways to pass bills that can bypass threats of filibusters by Republicans in the Senate. Reconciliation is one such path and is a process that allows bills with budgetary implications to be passed with a simple majority vote in the legislative chamber, but only once every fiscal year.

Democrats used reconciliation in March to pass the American Rescue Plan, the law that provided aid to Americans grappling with the economic effects of the coronavirus pandemic. That bill, which received no Republican support whatsoever, was technically passed in the current fiscal year, which ends on September 30. According to traditional rules of Congress, that means Democrats cannot pass another reconciliation bill until later this fall.

Earlier this year, Senate Parliamentarian MacDonough gave Democrats a perceived “win” when she said they could utilize Rule 304 of the Congressional Budget Act of 1974, which allows for a way to get around the once-per-fiscal-year rule. Amendments to laws passed through reconciliation could themselves use the same process, according to MacDonough, allowing those amendments to pass without filibusters blocking them.

Last Friday, however, MacDonough seemed to reverse her earlier ruling. She also clarified that amendments could not be added on if they had nothing to do with the original bill. She also ruled that legislation could not be passed in a quick manner, but that amendments would have to go through the same congressional committee process in order to pass.

According to reporting from The Hill, that would include going through the Senate Budget Committee, which is currently split evenly between the two parties. That means that any amendment proposed to the last reconciliation bill would need at least one Republican senator to join with Democrats to pass each aspect of the finalized bill, which could result in some parts being passed and others not, or, more likely, very little of the infrastructure package, or the American Jobs Plan, being passed through the committee at all.

In order to get an infrastructure bill passed this summer, President Joe Biden has signaled a willingness to cooperate with Republicans — including potentially cutting his original $2.3 trillion proposal by more than half and finding new ways to fund the bill.

Biden is reportedly open to a $1 trillion plan instead if it means some GOP lawmakers in the Senate would vote for the bill as well. The president is also considering stepping away from raising the corporate tax from 21 percent to 28 percent, as he had originally proposed, to instead create a 15 percent minimum corporate tax rate with no loopholes for wealthy corporations to avoid paying taxes.

Democrats in Congress are considering the opposite approach, however, saying that the new ruling from the parliamentarian means they have to go bigger on infrastructure, not smaller, in order to get more of their priorities passed within a single reconciliation bill during the next fiscal year. “The bottom line is the next one is going to be bigger because you can’t divide it up,” one Democratic aide said to The Hill.

“The American Jobs Plan and American Families Plan are overwhelmingly popular and voters support passing both, together through reconciliation, Ethan Winter, a senior analyst at Data for Progress, said to Truthout. “A majority of voters also want Republicans to work with Biden on passing these bills, rather than simply trying to impede the Democratic Party’s legislative agenda.”