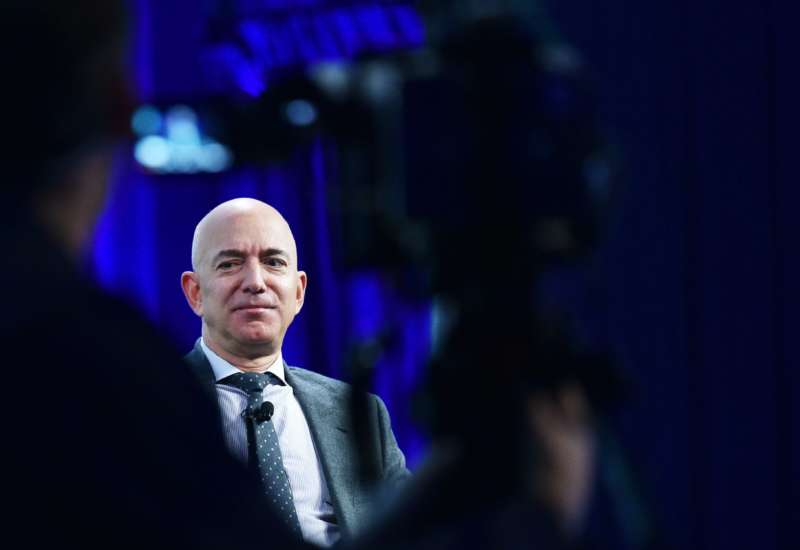 A first-of-its-kind analysis of newly disclosed Internal Revenue Service data shows that the richest 25 billionaires in the United States paid a true federal tax rate of just 3.4% between 2014 and 2018 — even as they added a staggering $401 billion to their collective wealth.

Published Tuesday by the investigative nonprofit ProPublica — which obtained a sprawling cache of IRS data on thousands of the nation’s wealthiest people dating back 15 years — the analysis takes aim at “the cornerstone myth of the American tax system: that everyone pays their fair share and the richest Americans pay the most.”

“Our analysis of tax data for the 25 richest Americans quantifies just how unfair the system has become. By the end of 2018, the 25 were worth $1.1 trillion,” ProPublica notes. “For comparison, it would take 14.3 million ordinary American wage earners put together to equal that same amount of wealth. The personal federal tax bill for the top 25 in 2018: $1.9 billion. The bill for the wage earners: $143 billion.”

“Many Americans live paycheck to paycheck, amassing little wealth and paying the federal government a percentage of their income that rises if they earn more,” the outlet adds. “In recent years, the median American household earned about $70,000 annually and paid 14% in federal taxes.”

The new analysis juxtaposes the recent wealth gains of U.S. billionaires — as estimated by Forbes — with the information in the newly obtained IRS data to derive the “true tax rate” paid by the mega-rich.

The results show that Amazon CEO Jeff Bezos — the world’s richest man — and Berkshire Hathaway CEO Warren Buffett paid a true tax rate of 0.98% and 0.10%, respectively, between 2014 and 2018. In 2007, ProPublica notes, Bezos paid nothing in federal taxes even as his wealth grew by $3.8 billion.

Economist Gabriel Zucman, a professor at the University of California, Berkeley, said the ProPublica reporting is “full of incredible findings.”

“Looks like the biggest tax story of the year, if not the decade,” Zucman added.

Striking story on the tiny effective tax rates of America’s top 25 billionaires, by the fearless @propublica

Still poring over the report, full of incredible findings

Looks like the biggest tax story of the year, if not the decadehttps://t.co/CRf09zPJkP pic.twitter.com/eyinKdxAIG

ProPublica makes clear that, far from being the beneficiaries of a sprawling, illegal tax dodging scheme, “it turns out billionaires don’t have to evade taxes exotically and illicitly — they can avoid them routinely and legally,” a point that spotlights the systemic inequities of the U.S. tax system.

As the outlet explains:

Most Americans have to work to live. When they do, they get paid — and they get taxed. The federal government considers almost every dollar workers earn to be “income,” and employers take taxes directly out of their paychecks.

The Bezoses of the world have no need to be paid a salary. Bezos’ Amazon wages have long been set at the middle-class level of around $80,000 a year.

For years, there’s been something of a competition among elite founder-CEOs to go even lower. Steve Jobs took $1 in salary when he returned to Apple in the 1990s. Facebook’s Zuckerberg, Oracle’s Larry Ellison, and Google’s Larry Page have all done the same.

Yet this is not the self-effacing gesture it appears to be: Wages are taxed at a high rate. The top 25 wealthiest Americans reported $158 million in wages in 2018, according to the IRS data. That’s a mere 1.1% of what they listed on their tax forms as their total reported income. The rest mostly came from dividends and the sale of stock, bonds, or other investments, which are taxed at lower rates than wages.

To illustrate the consequences of a system that doesn’t tax unrealized capital gains, ProPublica cites the example of Bezos’ $127 billion explosion in wealth between 2006 and 2018. The Amazon CEO “reported a total of $6.5 billion in income” during that period and paid $1.4 billion in personal federal taxes — a 1.1% true tax rate.

“America’s billionaires avail themselves of tax-avoidance strategies beyond the reach of ordinary people,” ProPublica notes. “Their wealth derives from the skyrocketing value of their assets, like stock and property. Those gains are not defined by U.S. laws as taxable income unless and until the billionaires sell.”

This is obscene. In 2011, Jeff Bezos had $18 billion in wealth. But managed to offset all gains and paid $0 in federal taxes. And because he paid no taxes, he also claimed $4000 in tax credits for his kids: https://t.co/rgQemmntjH

Richard Tofel, ProPublica’s founding general manager and outgoing president, said Tuesday that he considers the tax analysis “the most important story we have ever published.”

“In the coming months, we plan to use this material to explore how the nation’s wealthiest people — roughly the .001% — exploit the structure of our tax code to avoid the tax burdens borne by ordinary citizens,” Tofel and ProPublica editor-in-chief Stephen Engelberg wrote in a separate article Tuesday. “Many will ask about the ethics of publishing such private data. We are doing so — quite selectively and carefully — because we believe it serves the public interest in fundamental ways, allowing readers to see patterns that were until now hidden.”