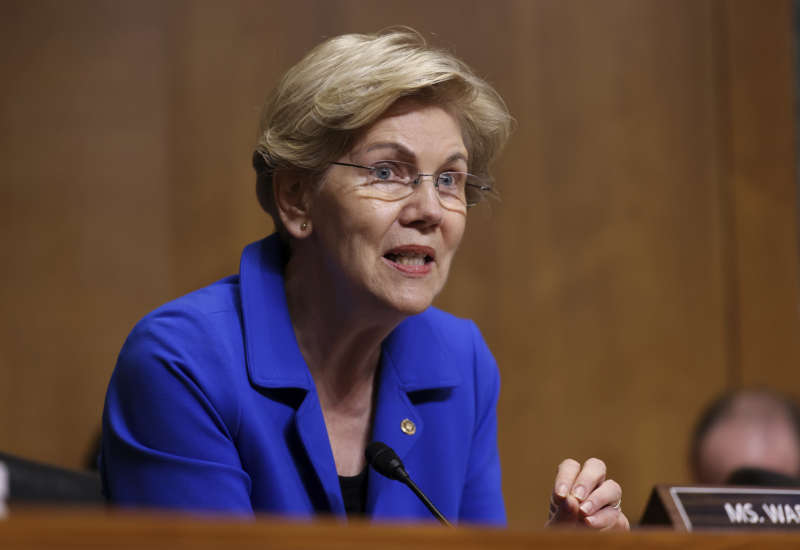 In reaction to a monumental report by ProPublica on Tuesday detailing the extent to which the top 0.001 percent of earners in the U.S. are able to legally dodge paying federal income taxes, progressive lawmakers are renewing their calls for taxing the rich.

In their report, which sent shockwaves through the media, ProPublica writers revealed that ultra-wealthy people like Jeff Bezos and Warren Buffett, through sophisticated tax dodging methods, are often able to avoid most, if not all, federal income taxes. In 2007 and 2011, for instance, billionaire Bezos didn’t pay any federal income tax. Tesla CEO Elon Musk did the same in 2018.

Citing the report, Sen. Elizabeth Warren (D-Massachusetts) noted the absurdity of the level of tax dodging by the wealthy on Twitter on Tuesday.

“Our tax system is rigged for billionaires who don’t make their fortunes through income, like working families do,” Warren said. “The evidence is abundantly clear: it is time for a wealth tax in America to make the ultra-rich finally pay their fair share.” Warren has introduced and championed a proposal to tax the wealth of the richest Americans, starting with people whose wealth exceeds $50 million.

When the ultra-wealthy analyzed in the report do pay federal income tax, it’s often at a much lower rate than average Americans. Within the context of the growth of his wealth, not just his income, Warren Buffett paid a “true” tax rate of 0.1 percent between 2014 and 2018, ProPublica found in its first-of-its-kind analysis.

Overall, the average “true” tax rate paid by the top 25 richest people in the U.S. was 3.4 percent from 2014 to 2018, despite the fact that they collectively made $401 billion during that time period. Meanwhile, the median American household making about $70,000 pays 14 percent in federal taxes year by year, the report says.

Leader of the Congressional Progressive Caucus Rep. Pramila Jayapal (D-Washington) echoed Warren’s call for a wealth tax. “If you pay income taxes, you probably pay more than 0.1%. Or 1%. Or even 3%,” Jayapal said. “But that’s what America’s richest people pay. And it’s unacceptable. It’s LONG past time for EVERYONE to pay their fair share. Wealth tax now.”

Rep. Ilhan Omar (D-Minnesota) shared the article on Twitter, also calling for more taxes on the rich.“It’s a sign of a sick society when some people have so much while so many others have so little.” To fix it, Omar called for tax reform: “Luckily, we have the cure: Tax the rich.”

The ProPublica reporters, Jesse Eisinger, Jeff Ernsthausen and Paul Kiel, also say that their report is a damning illustration of the tax code. “[The analysis] demolishes the cornerstone myth of the American tax system: that everyone pays their fair share and the richest Americans pay the most,” they write. “The IRS records show that the wealthiest can — perfectly legally — pay income taxes that are only a tiny fraction of the hundreds of millions, if not billions, their fortunes grow each year.”

This is why your loved ones can’t have healthcare, why their lives are shortened, why schools are going without and your towns and roads are crumbling. This system is wired, explicitly and tirelessly, to enrich the wealthy at your expense.https://t.co/8dXOEm9Hpb

More moderate Democratic lawmakers also joined the call to increase taxes on the rich in response to the report, saying that it bolsters the reasoning for President Joe Biden’s proposals to do so. “More evidence to support what we already knew — too many workers pay more in taxes than our country’s wealthiest billionaires,” said Sen. Sherrod Brown (D-Ohio) on Twitter. “Billionaires need to start paying their fair share for the infrastructure they’ve relied on to be successful.”

Progressives and some moderate Democrats proposing higher taxes on the rich have been energized by Biden’s recent efforts to increase taxes on the wealthy and corporations to pay for his infrastructure bill. But as Republicans have been dragging out negotiations on the bill in part due to their opposition to the tax hikes, progressives have warned Biden that they may withdraw their support for the bill if it gets watered down.

Meanwhile, progressives have been calling for more significant rewrites of the tax code for years, saying that it disproportionately favors the rich. Sen. Bernie Sanders (I-Vermont), for instance, in March proposed a higher corporate tax rate than the one proposed by Biden, as well as a drastic hike in estate tax rates.

Bungie reveals how Destiny 2 crossplay will and won’t work, and a rough idea when

Snapchat is crashing for a lot of people again