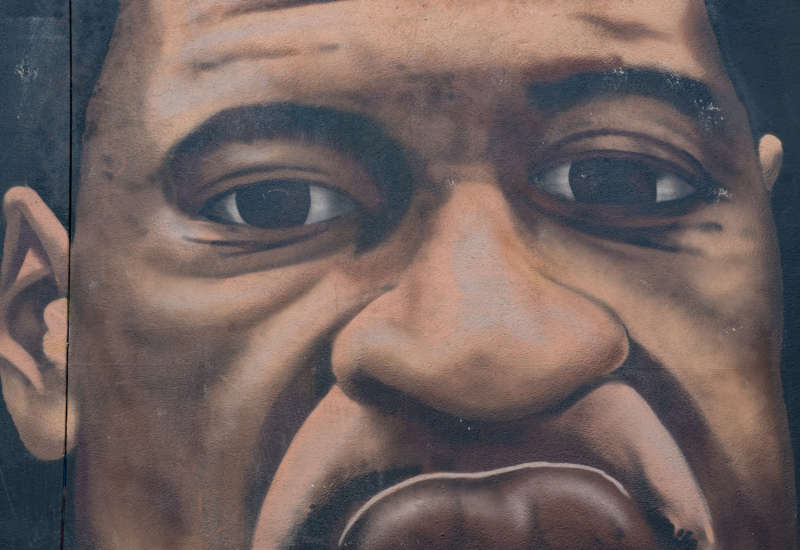 Darnella Frazier, the Minnesota teen whose cellphone video recording of Derek Chauvin kneeling on George Floyd’s neck last May was key piece of prosecution evidence in the trial the ended with the former Minneapolis police officer’s murder conviction, received an honorary Pulitzer Prize on Friday.

Frazier, who was 17 years old when she shot the harrowing footage, was awarded this year’s Special Citation from the Pulitzer Board “for courageously recording the murder of George Floyd, a video that spurred protests against police brutality around the world, highlighting the crucial role of citizens in journalists’ quest for truth and justice.”

During Chauvin’s trial in April, Frazier told the court that she lies awake at night “apologizing and apologizing” to Floyd “for not saving his life.”

Judeah Reynolds, Frazier’s 10-year-old cousin, was with her the day of Floyd’s murder and also testified at Chauvin’s trial.

In a May Instagram post marking the first anniversary of Floyd’s murder, Frazier wrote that “although this wasn’t the first time I’ve seen a Black man get killed at the hands of the police, this was the first time I witnessed it happen in front of me. Right in front of my eyes, a few feet away.”

“It changed me. It changed how I viewed life. It made me realize how dangerous it is to be Black in America,” she wrote. “We are looked at as thugs, animals, and criminals, all because of the color of our skin. Why are Black people the only ones viewed this way when every race has some type of wrongdoing?”

“I am 18 now and I still hold the weight and trauma of what I witnessed a year ago,” Frazier continued. “Even though this was a traumatic, life-changing experience for me, I’m proud of myself. If it weren’t for my video, the world wouldn’t have known the truth. My video didn’t save George Floyd, but it put his murderer away and off the streets.”

Journalists, activists, and politicians were among those who cheered news of Frazier’s award. Los Angeles Times editorial page editor Sewell Chan tweeted that her video “shook the conscience of the nation and the world.”

“The act reflected many of the core tenets of journalism: Afflicting the comfortable, shining a light on wrongdoing, bearing witness on behalf of the marginalized, speaking truth to power.”https://t.co/rPUXZsYgvE

“Without Darnella, Derek Chauvin never would have been tried and George Floyd would have been blamed by the state for his own death,” activist Brittany Packnett Cunningham told The 19th.”It’s powerful to see this act recognized for what it is — an act of journalistic truth-telling.”

Congratulations to Darnella Frazier. We gave her our 2020 PEN/Benenson Courage Award for the extraordinary courage she showed in revealing George Floyd’s murder to the world—and in kindling a movement. https://t.co/pB2nfW4DiN https://t.co/HOTeTN31FY

“I cannot explain how important it is that the Pulitzer Prize Committee awarded its Special Citation to Darnella Frazier for the video she took of George Floyd’s death at the hands of the murderer Derek Chauvin,” tweeted New Yorker staff writer Jelani Cobb.

Former U.S. Housing and Urban Development Secretary and former San Antonio Mayor Julián Castro tweeted that Frazier “helped spark a powerful movement for justice and change. She witnesses an injustice and took action to ensure the nation couldn’t ignore it.”

All of this. So well deserved. https://t.co/ODtOgrDpyI

Sherrilyn Ifill, president of the NAACP Legal Defense and Education Fund, tweeted, “How wonderful, extraordinary, and painful. Well done, Pulitzer Committee. One day our children will get to be children. Until then, reward their courage and contribution to truth-telling.”