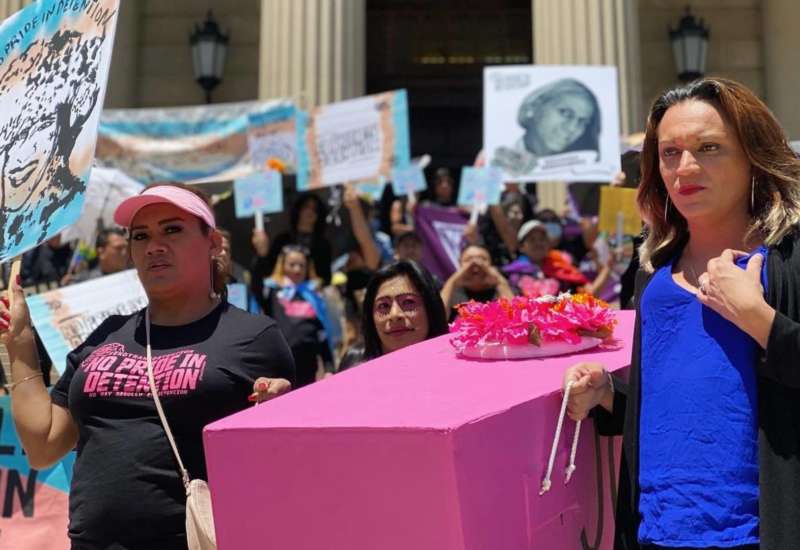 Ahead of Vice President Kamala Harris’s visit to the U.S.-Mexico border, immigrant rights activists marched on the White House to call on the Biden administration to stop detaining trans asylum seekers, who often face severe abuse, discrimination and medical neglect in custody. Their actions included a service honoring and mourning the deaths of several trans people who died due to ICE negligence. Eight immigrant rights groups also sent a letter to the White House demanding the release of all transgender people and people with HIV/AIDS from immigrant detention centers. Jennicet Gutiérrez, a community organizer and advocate with Familia: Trans Queer Liberation Movement, says transgender immigrants often face “tremendous challenges” that force them to seek asylum in the U.S. “Many are rejected from their homes. They’re not supported and held with everything that they deserve. And they have no choice but to be out on the streets, trying to survive,” Gutiérrez says.

How and where to replace your old, depleted iPhone battery