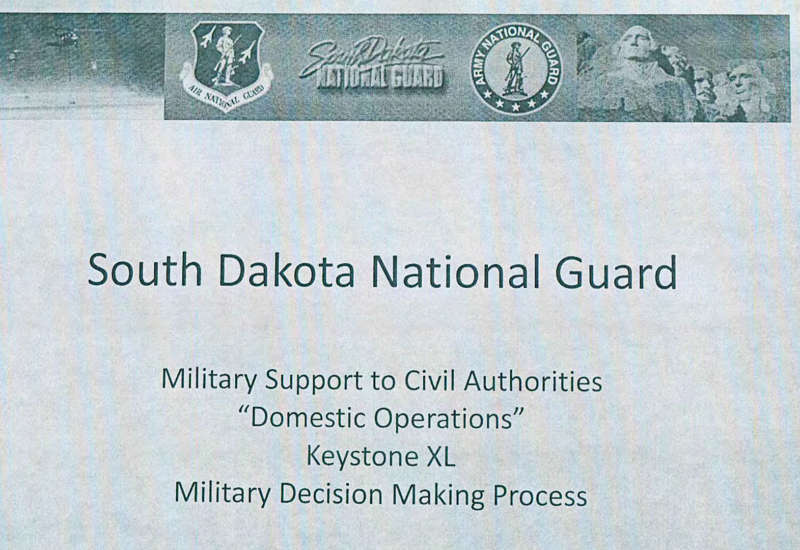 Republican South Dakota Governor Kristi Noem has announced she is deploying 50 members of the South Dakota National Guard to the U.S.-Mexico border at the request of Texas Governor Greg Abbott. In an extraordinary twist, the deployment is being paid for by billionaire Republican megadonor Willis Johnson, who lives in Tennessee. Critics say Noem is turning the National Guard into a private mercenary force targeting migrants, but the governor’s plans for the National Guard could encompass other activities. Water protector and land back attorney Bruce Ellison has obtained documents that indicate the same force could be deployed to suppress Indigenous activists resisting pipelines — including through “lethal force,” Ellison says. We also speak to Tara Houska, Indigenous lawyer, activist and founder of the Giniw Collective, who adds the Department of Homeland Security has also been involved in suppressing resistance to construction of the Enbridge Line 3 tar sands pipeline in northern Minnesota.