Seasonal Allergies Are Getting Worse Due to the Climate Crisis 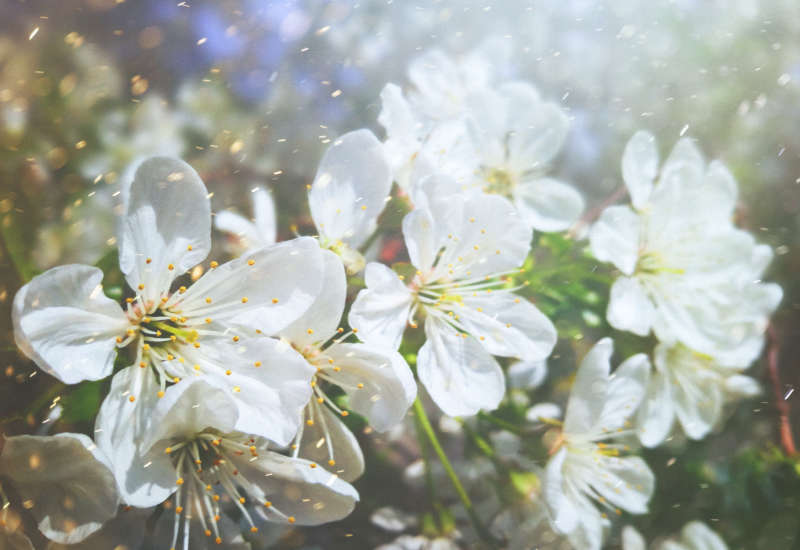 If you’ve felt like your seasonal allergies are worse this year, you’re not alone. Higher temperatures are linked with longer tree and grass pollen seasons.

According to a recent study published in the journal Scientific Reports, temperature increases in northern California are worsening pollen-related allergies, while precipitation changes are associated with more mold spores in the air.

“Climate change is really a problem for health, and we are living and breathing the effects of climate change now,” said the study’s senior author, Kari Nadeau, professor of medicine and of pediatrics at Stanford School of Medicine.

Nadeau, according to a news release, became interested in the subject because she noticed that patients said their seasonal allergies were getting worse.

“As an allergist, it is my duty to follow the pollen counts, and I was noticing that the start date of the tree pollen season was earlier every year,” Nadeau said. “My patients were complaining, and I would say, ‘This is such a tough year,’ but then I thought, wait, I’m saying that every year.”

In the study, researchers collected data at a National Allergy Bureau–certified pollen counting station in Los Altos Hills, California. They indexed tree, grass, weed pollens and mold spores in the air weekly throughout an 18-year-period, from 2002 through 2019. In their analysis, the researchers found that the pollen season in northern California now starts earlier and ends later. Specifically, local tree pollen and mold spores grew by 0.47 and 0.51 weeks per year, each year of the study. The researchers also found links between allergen levels and environmental changes.

While the study is local to northern California, the trend tracks across the United States.

Beyond environmental changes, higher atmospheric carbon dioxide levels are believed to be connected to higher levels of pollen, too. A separate study published in 2000 found that ragweed plants , a culprit of seasonal hay fever, grew in size when they were exposed to more carbon dioxide. According to the Union of Concerned Scientists, carbon dioxide increases plant growth rate. That’s a particularly frightening prospect in the case of weeds like ragweed.

“In the fall, ragweed is a major culprit in allergies because when it’s warmer it grows longer,” Kenneth Mendez, the president and CEO of the Asthma and Allergy Foundation of America, previously told Salon. “Frost is the first thing that kills ragweed, the first frost, so the later and later you have a longer growing season the worse the allergies will be.”

In 2018, a study published in the journal PLOS ONE by researchers at the University of Washington and the University of Massachusetts at Amherst found that ragweed will expand its reach as temperatures rise. Using machine learning, researchers calculated that in roughly 35 years its ecological range will move northward, bringing hay fever to regions it has never been before. Seasonal allergies can be a trigger for asthma.

Last year, masks coincidentally provided some relief for allergy sufferers. Pollen grains range in size from 200 microns to 10 microns, and masks were able to block some of them out when people stepped outside.

As vaccination rates rise, Americans are collectively looking forward to spending this summer outside and unmasked, in contrast to last year’s dismal pandemic summer that many spent cooped up inside. Yet for more and more allergy-sufferers, seasonal allergies are putting a damper on the joy we associate with summer weather.