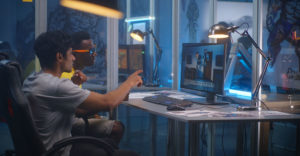 The Linux Foundation, Amazon, and more than 20 other gaming companies hope to make open-source game playing more of a win-win technology for both developers and players.
LF on Tuesday announced an intent to form the Open 3D Foundation to accelerate developer collaboration on 3D games and simulation technology. The post New Open 3D Engine Game-Changing for Developers appeared first on LinuxInsider.