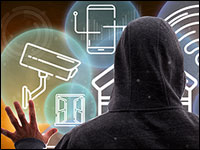 Thousands of hacker attacks were launched on a network of smart home devices designed by researchers to assess the risk the gadgets pose to consumers. During the initial week the “honeypot” network was online, 1,017 unique scans or hacking attempts were directed at the devices on the net, which included smart TVs, printers, wireless security cameras and Wi-Fi kettles.