The US Should Not Send Troops to Haiti, Says Alexandria Ocasio-Cortez 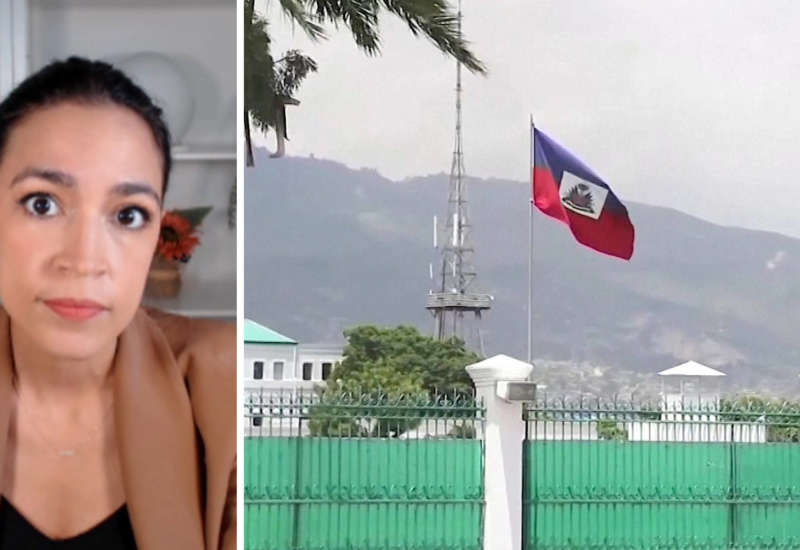 After the assassination of President Jovenel Moïse at his home in Port-au-Prince, Haiti’s interim government says it has asked the United Nations and the United States to send troops to help secure key infrastructure. The U.S. has so far declined, but has sent an inter-agency team from the Department of Homeland Security and the FBI. Democratic Congressmember Alexandria Ocasio-Cortez says the situation in Haiti is “extraordinarily delicate and extremely fragile,” and that the U.S. should not send troops to the country. “Our role should be in supporting a peaceful transition and democratic process for selecting a new leader,” she says.

As we’ve reported, Haitian police said Sunday they arrested a key figure in Wednesday’s assassination of Haitian President Jovenel Moïse at his home in Port-au-Prince. Haiti’s National Police chief said they arrested Dr. Christian Emmanuel Sanon, Haitian-born Florida doctor, that he arrived in Haiti last month with, quote, “political objectives.” Police said Sanon is one of three Haitian Americans now arrested in the attack, along with 18 Colombians. The Miami Herald reports the Colombians said they were hired by Miami-based company CTU Security, which is run by a Venezuelan man named Antonio Emmanuel Intriago, who is known to be anti-President Maduro of Venezuela.

Haiti’s interim government says it has asked the United Nations and the United States to send troops to help secure key infrastructure. The U.S. has so far declined but has sent an inter-agency team from the Department of Homeland Security as well as the FBI.

Colombia has sent their head of military intelligence because the massive number of those involved, it is believed, with the assassination team are former Colombian military or Colombian.

For more, we are joined by Alexandria Ocasio-Cortez, the U.S. representative for New York’s 14th Congressional District. She represents over 650,000 people across parts of Bronx and Queens, one of the most diverse districts in the United States.

We want to talk about the mayoral election here in New York. We want to talk about infrastructure and the Green New Deal, Congressmember Ocasio-Cortez. But this latest news in Haiti and the call for U.S. or U.N. troops from some sectors, the interim government of Haiti, what is your concern here with President Biden pulling the troops out of Afghanistan and the possibility of pressure to go back to — the U.S. going back to occupying Haiti?

But this situation is extraordinarily delicate and extremely fragile. And I do not believe right now that the introduction of U.S. troops, without — particularly without any sort of plan, sets any community, whether it’s the U.S. or whether it is Haitians, up for success.

I do believe that with the assassination, the people of Haiti and the country is in a very delicate moment, and our role should be in supporting a peaceful transition and a peaceful democratic process for selecting a new leader, and avoiding any sort of violence, but particularly in really carrying any — supporting any due process for justice here in the United States for any actors that may have been complicit on U.S. soil.