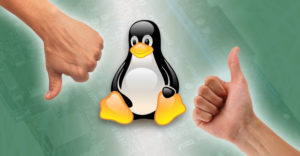 Intel’s Clear Linux* has been on my radar for its ambition to sprint to the head of the pack. While it’s certainly not the first distro developed by a tech heavyweight, it’s a rare case in which a private company releases a distro with no direct commercial application. It’s an experiment to prove what Linux might aspire to. So I took it for a spin. The post Clear Linux* Delivers a Lucid if Limited Vision of Desktop Linux appeared first on LinuxInsider.