Roe v. Wade Is Under Attack. Organizers Say We Must Take Action Beyond the Court 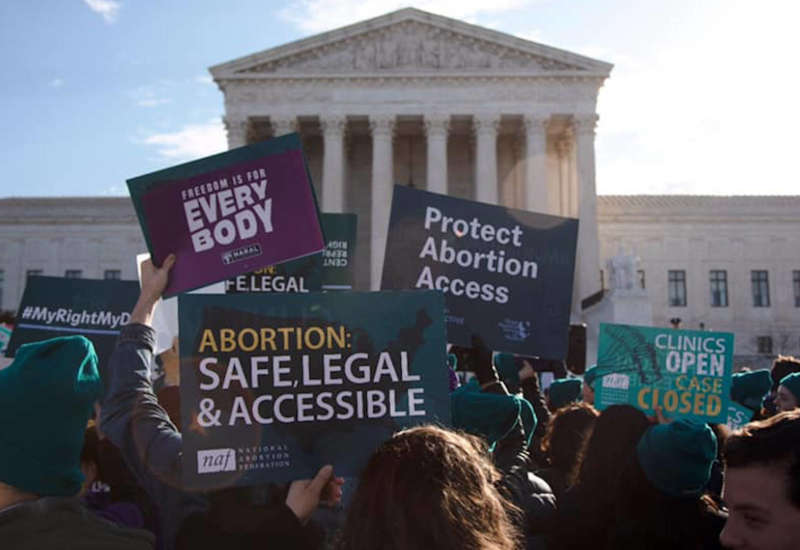 The Supreme Court is set to review a Mississippi law banning abortion after 15 weeks of pregnancy that intends to challenge Roe v. Wade, raising concern for advocates about how reproductive rights can be preserved without the landmark ruling. “I think it’s very, very likely that the court will either eradicate the right to choose abortion as we now know it completely or so undermine it to make it meaningless for most of American women,” says Kathryn Kolbert, longtime public interest attorney who argued the case of Planned Parenthood v. Casey before the Supreme Court in 1992, which is credited with saving Roe v. Wade. She lays out her argument in a new book published today, Controlling Women: What We Must Do Now to Save Reproductive Freedom. We also speak with co-author Julie Kay, a human rights attorney who argued for a human rights framework for abortion rights in Ireland before the European Court of Human Rights. “We’re not just talking about privacy or even equality,” Kay says of the fight for abortion access in the United States and beyond. “We’re really looking at liberty, dignity and the ability to have full participation in all aspects of life.”

Ethan Crumbley Once Good Kid Turned School Shooter! They Want To Blame Guns But We Know The Truth!!

With Omicron in US, GOP Hard-Liners Are Still Trying to Thwart Vaccine Mandates

The next N64 game for Nintendo Switch Online is Paper Mario

Someone stole $120 million in crypto by hacking a DeFi website

All 53,000 attendees of Anime NYC urged to get tested after one got Omicron