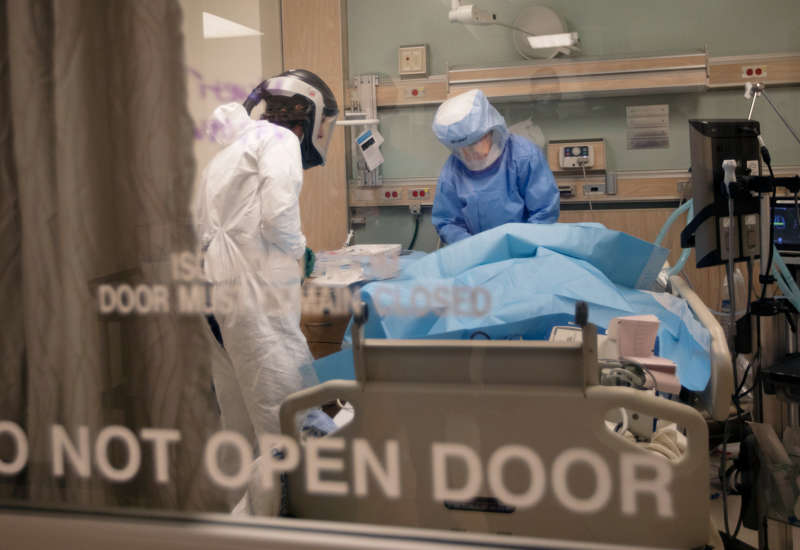 New Centers for Disease Control and Prevention data out Wednesday shows that life expectancy in the U.S. fell by one and a half years in 2020, a decline fueled in large part by the deadly coronavirus pandemic.

“I myself had never seen a change this big except in the history books,” Elizabeth Arias, a CDC demographer and lead author of the new report, told the Wall Street Journal.

Given that they are more likely to work jobs with a high risk of coronavirus exposure and lack adequate healthcare, Black and Hispanic people have been disproportionately affected by the pandemic and the resulting fall in life expectancy.

Other factors contributing to the decline in life expectancy last year, according to the CDC, were drug overdoses, homicide, diabetes, and chronic liver disease and cirrhosis.

“It’s horrific,” Anne Case, a professor emeritus of economics and public affairs at Princeton University, told the Washington Post. “It’s not entirely unexpected given what we have already seen about mortality rates as the year went on, but that still doesn’t stop it from being just horrific, especially for non-Hispanic Blacks and for Hispanics.”