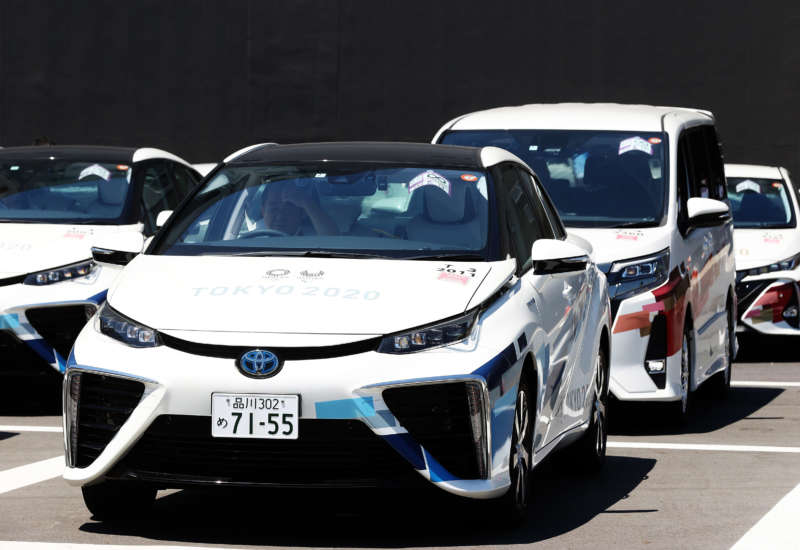 Several big name companies, including Toyota and Coca Cola, are sponsoring the Olympics and Team USA this year. But ten of the Games’ top tier sponsors also pledged to suspend, review or eliminate political contributions following the Capitol insurrection on Jan. 6.

While some have kept their promise, others changed their minds only months after the Capitol attack.

Nearly 200 companies committed to reviewing their political contributions after Jan. 6, and over 100 said they would suspend any PAC contributions to the 147 members of Congress who voted against certifying the results of the 2020 election.

But close to 20, including several that are now Olympic partners, either continued contributions directly to candidates or to the National Republican Senatorial Committee and the National Republican Congressional Committee, the two main Republican party committees supporting Republican incumbents. Although the companies may have halted direct contributions to politicians who objected to the Electoral College results, the NRSC and NRCC support the members who objected to the election results.

Toyota, which reportedly agreed to pay $835 million as part of an eight-year deal signed with the Olympics in 2015, is one of the Games’ top sponsors. The company has gone back and forth between continuing to support the members of Congress who opposed the election results, and pulling political contributions.

Prior to the insurrection, Toyota’s PAC donated $24,000 to five senators who opposed the results, per an investigation from Popular Information. The company stated in January it was assessing its future PAC-giving criteria given the attacks on the Capitol. But since releasing the statement, Toyota’s PAC donated $80,500 to Electoral College objectors and leadership PACs that support some of those politicians, according to an analysis by the left-leaning watchdog group Citizens for Responsibility and Ethics in Washington.

The company’s PAC donated $1,000 to Rep. Alex Mooney (R-W.Va.), who voted against certifying the results of the election, less than a month after the Capitol riot. It also contributed $1,000 each to Reps. Jack Bergman (R-Mich.), Stephanie Bice (R-Okla.) and Andy Biggs (R-Ariz.) — who all objected to the Electoral College results — among others in February and March.

In April, Toyota stated that it did “not believe it is appropriate to judge members of Congress solely based on their votes on the electoral certification.” But the company backtracked this month, stating that it would no longer donate to politicians who opposed certifying President Joe Biden’s win. Toyota’s statement came hours after the Lincoln Project, a super PAC formed by Republicans to oppose former President Donald Trump, announced it would be releasing a series of ads attacking Toyota over its donations.

Toyota’s PAC contributed $1,000 to Rep. Ronny Jackson (R-Texas) on April 4, and made another contribution to Rep. Lisa McClain (R-Mich.) June 30, a little over a week before it opted to halt contributions to the 147 2020 Electoral College objectors.

In January, the company, which has donated to several senators who opposed the election results, including Sens. Roger Marshall (R-Kan.), Ted Cruz (R-Texas) and Cindy Hyde-Smith (R-Miss.), suspended its donations to the Republicans who objected to the election results. But GE’s PAC went on to donate a combined $30,000 to the NRCC and the NRSC in April.

Comcast, which has a partnership with Team USA that is set to last through 2028, also donated thousands to the NRSC and NRCC. Sen. Rick Scott (R-Fla.) is chair of the NRSC and objected to the election results in Pennsylvania. The broadcast company’s PAC gave roughly $2.7 million to federal candidates on both sides of the aisle during the 2020 election cycle and ranked among the top PAC donors.

Among the Olympic sponsors who made commitments to halt donations, about half appear to have held their promise.

Coca Cola, which has maintained a 104-year partnership with the Games, committed to halting donations to all federal candidates indefinitely. The company’s PAC has not made any contributions so far in 2021. Airbnb, another major sponsor for the Olympics, opted to suspend contributions to the 147 Republican objectors, and has only made one contribution — $2,500 to Sen. Alex Padilla (D-Calif.) — in 2021.

Nike signed a new deal with Team USA in 2019 that is set to last eight years. The clothing brand is also among the few companies that have continued to halt donations to election objectors.

Deloitte, a Team USA sponsor, and Visa, a worldwide Olympic sponsor both said they would halt PAC contributions to all political candidates. Visa’s PAC resumed giving in March while Deloitte restarted in June. Neither have contributed to the Republicans who opposed certifying the election.

Olympics sponsorships are not the only way companies that pledged to review or suspend corporate PAC giving following the Capitol attack on Jan. 6 have curried influence and promote their brands outside of political contributions.

Despite commitments surrounding PAC donations, many companies didn’t mention changing or halting their contributions to “dark money” groups and nonprofits. Olympic sponsors that reconsidered political contributions following the Capitol attack contributed over $36 million to dark money groups and other politically active nonprofits from 2015 to 2019 with a million more pouring into the groups through 2020.

Nonprofit organizations are generally not required to disclose their donors so the American public is left to rely on information voluntarily reported by the companies. Many companies have yet to report their giving for 2020 or 2021, and more than half of all S&P 500 companies don’t disclose donations to 501(c)(4) nonprofits at all, according to the most recent CPA-Zicklin index.