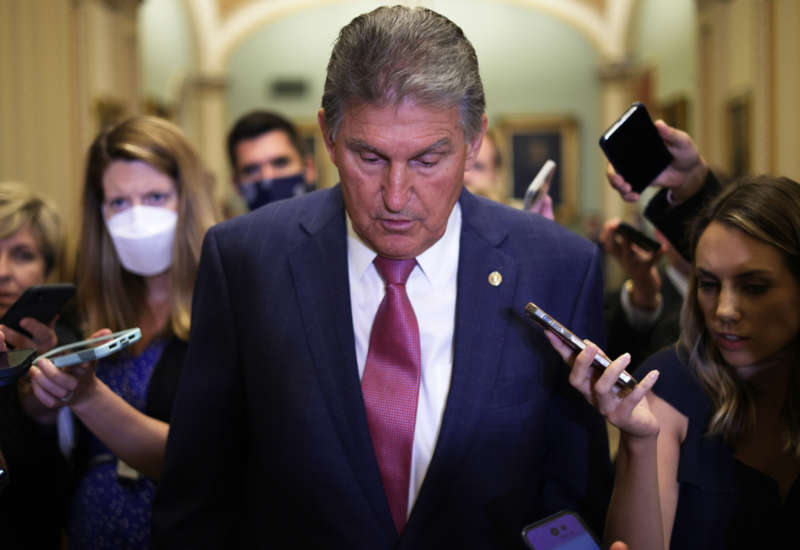 Senators and representatives typically use their leadership PACs to raise and spend money in support of their own party’s candidates. It’s a way to establish themselves as leaders within their caucus and earn party leadership positions and plum committee assignments. But one senator is using his leadership PAC somewhat differently.

Democratic Sen. Joe Manchin (W.V.) made a $10,000 donation on March 11 from his leadership PAC, Country Roads PAC, to Republican Sen. Richard Burr’s (N.C.) legal defense fund. Burr had been facing a Justice Department investigation over whether his sales of hundreds of thousands of dollars worth of stocks made after receiving a private briefing on the coronavirus threat in early 2020 constituted violations of insider trading laws. The investigation was concluded in January with no charges.

It’s nearly unheard of for a politician to make a leadership PAC donation to a member of the opposing party. Money-in-politics tracking website OpenSecrets writes in its leadership PACs backgrounder that “Democratic leadership PACs are…used to fund fellow Democrats’ campaigns, especially threatened incumbents or challengers trying to win seats that were previously held by the GOP.” Manchin was the only Democrat to make a donation to Burr’s legal defense, according to Sludge’s review of FEC records.

Country Roads PAC is primarily funded by the PACs of corporations. So far this year it has received donations from more than a dozen corporate PACs, including those affiliated with Dominion Energy ($5,000), Comcast ($5,000), and Boeing ($5,000).

Manchin, a former member of the American Legislative Exchange Committee (ALEC), has taken the unusual step of endorsing the re-election bids of Republicans including Sen. Lisa Murkowski (Alaska) and Susan Collins (Maine). He is one of two Senate Democrats who are currently seen as obstructing much of the Democratic agenda that could potentially be passed with 50 votes through budget reconciliation or a filibuster rule exemption, including a package of voting access and campaign finance enhancements.

Manchin and Burr have teamed up on legislation in the past. In 2019, they co-introduced a bill to prevent the Environmental Protection Agency from applying the Clean Air Act to American motorsports.

Here’s exactly how much bigger the iPhone 13 batteries are

Digital messages from patients to doctors spiked during the pandemic