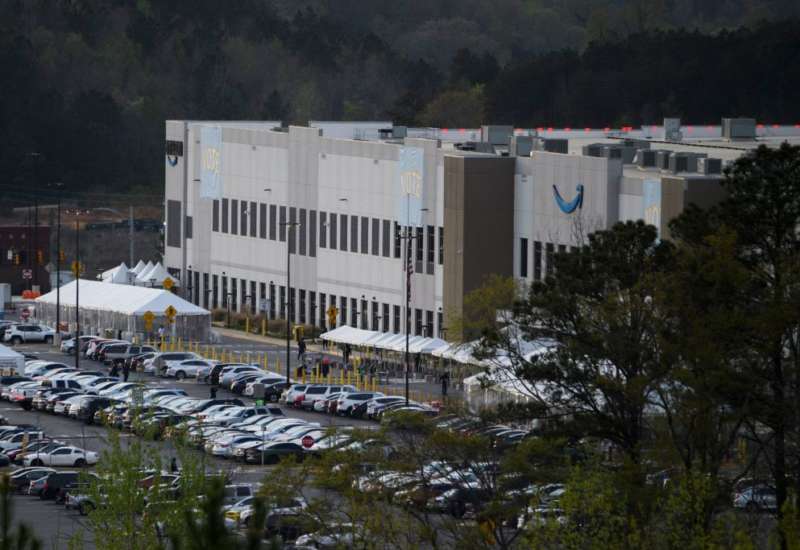 The National Labor Relations Board (NLRB) is set to announce on Tuesday that a unionization vote this past spring for Amazon warehouse workers in Bessemer, Alabama, was improperly interfered with by a pressure campaign and other illicit actions from the company — a ruling that could result in a new vote for workers in the future on whether they should form a union.

The NLRB hasn’t made an official statement yet regarding their findings. But word of the agency’s views on the union vote came by means of an NLRB hearing officer, and has been confirmed in statements issued by both Amazon and the Retail, Wholesale and Department Store Union (RWDSU), which led the unionization effort for the workers in Bessemer.

In a statement regarding the pending filing, Stuart Appelbaum, president of RWDSU, said that it was the right move for the labor agency to be making.

“Throughout the NLRB hearing, we heard compelling evidence how Amazon tried to illegally interfere with and intimidate workers as they sought to exercise their right to form a union,” Appelbaum said. “We support the hearing officer’s recommendation that the NLRB set aside the election results and direct a new election.”

Although workers voted 2 to 1 against unionizing, several actions by Amazon likely led to employees being intimidated into voting against forming a union.

For example, Amazon pressured the United States Postal Service to install a mailbox where ballots would be dropped off just outside the warehouse. Placing ballot boxes for union votes that close to management offices may have violated federal labor laws, and it was alleged that the company was keeping a watchful eye on the ballot box to see who was voting.

“[The] Amazon [facility] is surveilled everywhere. You assume that everything can be seen,” said one worker during NLRB testimony.

The company also likely spent millions on anti-union consultants to defeat the unionization effort. Amazon also hired police to intimidate workers and those in support of the union.

Anti-union posters were displayed prominently around the workplace, including in the restrooms used by workers. Management also forced workers to attend anti-union meetings and to download apps that would send them anti-union messages.

For its own part, Amazon claimed it had done nothing wrong during the union vote, and that workers’ preferences should be respected.

“Our employees had a chance to be heard during a noisy time when all types of voices were weighing into the national debate, and at the end of the day, they voted overwhelmingly in favor of a direct connection with their managers and the company,” a statement from an Amazon spokesperson read.

But RWDSU rejected that idea, noting that the company took special care to harass, intimidate and cajole its workers into voting against forming a union.

“Amazon’s behavior throughout the election process was despicable,” Appelbaum said. “Amazon cheated, they got caught, and they are being held accountable.”