As COVID Roars Back in Arkansas, Governor Says He Regrets Banning Mask Mandates 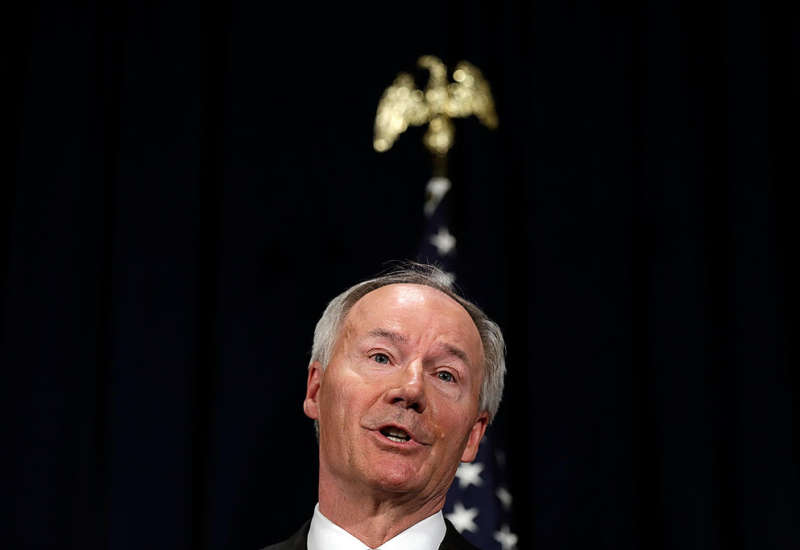 Arkansas Gov. Asa Hutchinson (R) expressed regret on Tuesday and admitted that it was a mistake on his part to have signed into law a ban on municipalities enacting mask mandates in his state.

Hutchinson signed the mask mandate ban in April, saying at the time that it was important, in his mind, to respect the “individual decisions” of residents of Arkansas to wear facial coverings or not to prevent the spread of coronavirus.

On Tuesday, however, Hutchinson expressed remorse over his actions in that regard, noting that Arkansas is facing a surge in new cases and hospitalizations related to COVID-19. He also tried to shift responsibility for the mask ban to the state legislature, and not himself, despite the enthusiasm he displayed in signing the law earlier this year.

“I signed it at the time because our cases were at a very low point. I knew it’d be overridden by the legislature if I didn’t sign it,” Hutchinson explained.

The situation in the state is much worse now than it was when Hutchinson signed the bill into law, a development the Republican governor acknowledges.

“Everything has changed now. And yes, in hindsight I wish that had not become law,” Hutchinson said.

As of last week, Hutchinson has begun a push to get the Republican-led state legislature to undo the ban on mask mandates for school districts, saying that “local school districts should make the call” on whether to require students and staff to mask-up during the coming school year.

Some school districts are set to begin classes as early as next week, while other districts will be starting later on in the month of August.

Even if the Arkansas lawmakers pass a new bill to allow school districts to enact mask mandates if they wish, a quirk in the state law may not allow them to do so for another three months. Overturning the ban on mask mandates effective immediately would require a two-thirds majority of both houses of the state legislature. With a simple majority vote, however, the measure cannot go into effect until 90 days after Governor Hutchinson signs it into law.

Despite his regrets over banning mask mandates for schools, Hutchinson has said he has no problems with mask bans in general, justifying his stance by saying that adults can get vaccinated if they want to. Unfortunately, too many in his state are refusing to do so.

The state’s tally of fully vaccinated individuals is the third-lowest in the nation, with only 37 percent of the population being fully vaccinated at the moment. Less than half the state’s residents (47 percent) have received at least one shot of a COVID-19 vaccine so far.

The situation with coronavirus in Arkansas appears to be getting worse by the day. Arkansas currently has the third-highest rate of cases of COVID-19 per capita in the U.S., behind just Florida and Louisiana, with 64 residents out of every 100,000 in the state contracting the virus daily. Arkansas also currently has the third-highest rate in terms of hospitalizations per capita, with 1,250 individuals hospitalized for the virus as of Tuesday.