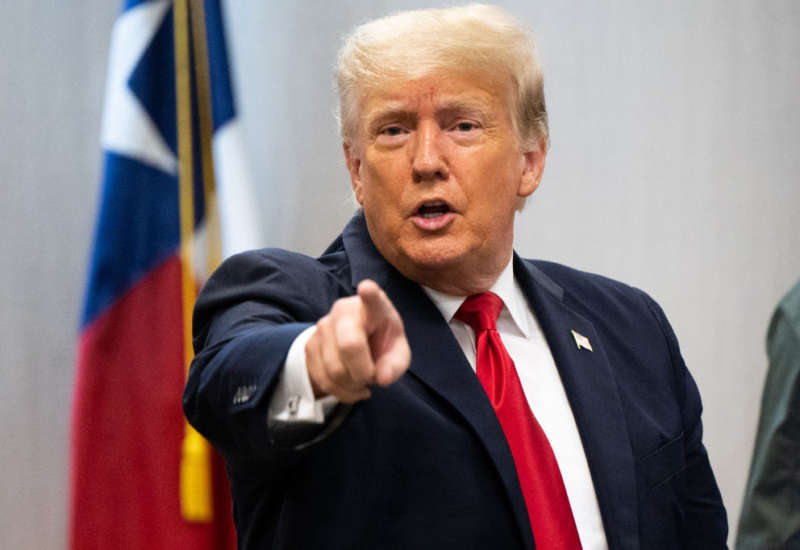 Following a memorandum from the Department of Justice (DOJ) last week outlining why the Treasury Department should share former President Donald Trump’s tax returns with Congress, the former president’s lawyers filed a brief on Wednesday attempting to stop that action from taking place.

Trump’s legal team submitted a filing in federal court in Washington, D.C. saying the decision from the DOJ was errant and that the House Ways and Means Committee had insufficient reasoning for wanting to see his taxes.

That committee has said it needs to see Trump’s taxes in order to understand how the Internal Revenue Service (IRS) audits presidential tax returns in a general sense, and whether it warrants new legislation regulating how it’s done. But Trump’s lawyers said that the request from Congress was merely a pretext to seeing his tax returns in order to harm him politically with that information.

A law from 1924 grants the House Ways and Means Committee the legal ability to request anyone’s tax returns in order to review them, so long as they are in a closed session. The Supreme Court, for example, ruled in 2020 that Congress could not subpoena the former president’s tax returns unless it gave a specific and detailed reason why it needed to do so. The matter was then sent to lower courts to determine whether lawmakers had made a sufficient case for needing to view the documents.

Last week, the DOJ Office of Legal Counsel determined that Congress had indeed supplied adequate justification for the need to see Trump’s taxes.

“The chairman of the House Ways and Means Committee has invoked sufficient reasons for requesting the former president’s tax information. Under section 6103(f)(1), Treasury must furnish the information to the committee,” the department wrote in a memo, reversing a controversial Trump-era opinion from the DOJ that was issued in 2019.

The issue of Trump’s taxes has been a contentious one ever since his first run for office in the 2016 election cycle. As a candidate, Trump had promised to release his taxes to the public as soon as an audit on them was completed.

But audits do not prevent candidates from being able to release copies of their taxes to the public. Trump never released his taxes, becoming the first major candidate for president in over 40 years to do so.

The New York Times last year obtained copies of Trump’s taxes and published details from them. For 10 out of the 15 years prior to the Times report, the former president appeared to have not paid any taxes at all. In two of the years that he did, he only paid $750 in taxes to the federal government.

How Prosecutors Use Conspiracy and Questionable Testimony in “Gang” Cases