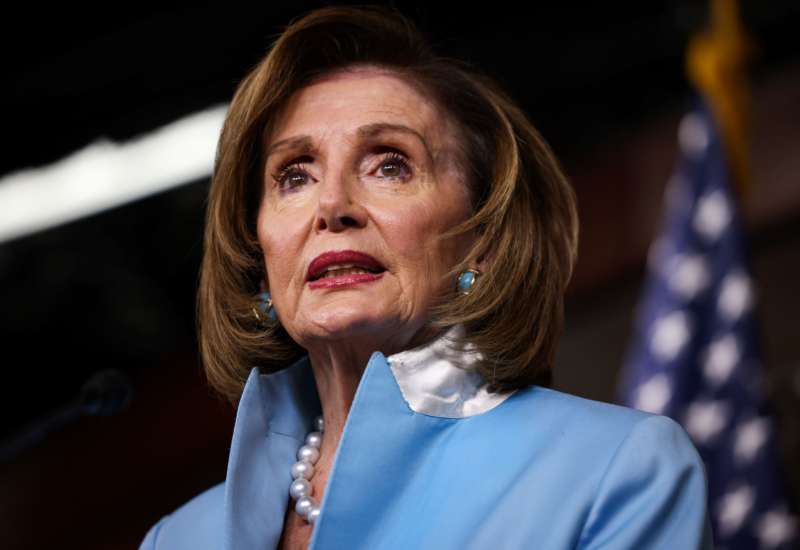 A memo uncovered by The Intercept shows that House Speaker Nancy Pelosi (D-California) opposed supporting a push for President Joe Biden to cancel student loan debt after billionaire donors, with whom she has close ties, urged her to do so.

Last week, Pelosi announced her opposition to a popular progressive proposal to cancel student loan debt, which advocates say could provide major relief to millions of borrowers and provide a huge boost to the COVID-burdened economy.

“People think that the president of the United States has the power for debt forgiveness. He does not,” Pelosi said, adding that, though she believes Congress should be in charge of the proposal, she also thinks student debt relief is unfair.

That opinion, which puts her at odds with Senate Majority Leader Chuck Schumer (D-New York) and surprised congressional insiders, comes after a powerful billionaire couple circulated a memo saying that the president does not have the power to cancel student debt.

“Recently, there has been heightened fervor around Senators [Elizabeth] Warren and Schumer’s proposal that President-elect Joe Biden could cancel student debt ‘with the pen as opposed to legislation.’ Unfortunately, that cannot happen,” the November memo from Democratic megadonors Steven and Mary Swig read.

Indeed, Schumer and Warren have been lobbying Biden to follow up on campaign promises and cancel student debt, which they say the president could do with an executive order. Despite Pelosi’s statement, many advocates and legal experts say that Biden has the authority to cancel student debt, and that time is of the essence to free up nearly $2 trillion worth of debt for borrowers to inject into the economy.

Pelosi’s view aligns more with the Swigs’ memo than the views of her congressional colleagues, who have cited legal avenues for the president to cancel student debt. But this may be due to the fact that Pelosi evidently maintains a close relationship with the billionaire donors, who have previously lobbied her directly on issues, The Intercept reports.

Pelosi not only keeps political ties to the Swigs, but also financial and professional ones as well. For years the couple has given her the maximum amount allowed under campaign finance law. Steven Swig has served as her campaign treasurer in reelection campaigns since 2012, and their niece worked for Pelosi between 2018 and March of this year.

The Swigs hold huge sway within Democratic circles, according to The Intercept, donating millions of dollars to the Democratic Party over the years. But they’re described by political insiders as “an often well-meaning couple who have donated to worthy causes but are rendered almost comically out of touch by their extraordinary wealth,” write The Intercept’s Ryan Grim and Ken Klippenstein. They didn’t even know until recent years, for instance, that people even had student loans.

Pelosi’s staff has denied that the Swig memo had influenced her view on the issue — the memo, after all, was supportive of the idea of canceling student debt in general, even if it says that Biden lacks the authority. However, student debt advocates are skeptical that Pelosi wasn’t influenced by the Swigs, especially since the House speaker’s statement shocked many on Capitol Hill.

“The only reason she was for it [legislatively] was because Steve and Mary asked her to,” one student loan debt advocate who is familiar with discussions between the Swigs and Pelosi told The Intercept.