We Reopened Too Soon, and Children Are Paying the Price 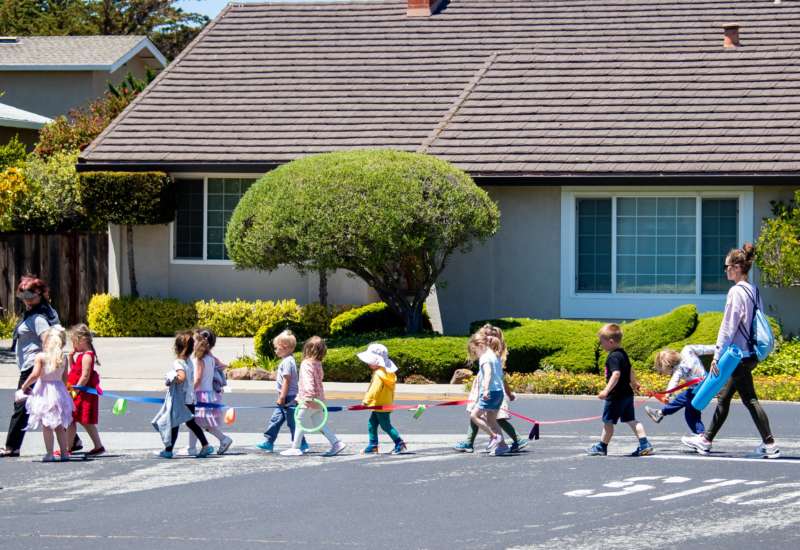 Cold War kids like me grew up with the Emergency Broadcast System as this thing that would periodically break into a TV or radio broadcast to scare the shit out of you. The first sign of trouble was a grinding noise collision, like the AOL dial-up sound of yore, but amped up to stadium concert decibels. A test screen would appear, and everything stopped, because we all knew this was what we’d hear when the missiles were finally flying and nuclear Armageddon was at hand.

In the center of the country, the system was and is used to warn about tornadoes, but the effect came with the same jarring resonance … until the voice said, “This has been a test of the Emergency Broadcast System. If this had been an actual emergency…” and the world would start spinning again. No missiles, no funnel clouds, deep breath and pass the butter. The system has been upgraded to meet the modern age — it sends text messages to smartphones now instead of merely screeching at you from the TV or radio — but the drama remains the same when the bad noise comes: This means nothing, or this means everything. This past weekend, it meant everything in Austin.

“Austin, Texas, issued an emergency alert this weekend over the ‘severely worsening COVID-19 situation,’ which has reached a ‘critical’ point,” reports Yahoo! News. “The Warn Central Texas alert system was designed to be activated during a disaster. ‘Our hospitals are severely stressed and there is little we can do to alleviate their burden with the surging cases,’ Austin-Travis County Health Authority’s Desmar Walkes said in a statement. ‘The public has to act now and help our we will face a catastrophe in our community that could have been avoided.’”

It is time to sound the emergency alert for our children, before they are exposed to a COVID fate that — to repeat the refrain of the age — could have been avoided. This menace exists not just in the virus-raddled South and West, but everywhere kids might become exposed to the Delta variant, which at this juncture is basically everywhere. There were more than 110,000 new cases of COVID-19 diagnosed yesterday in the U.S., a two-week increase of 112 percent. Delta is the culprit. “By the end of July,” reports The New York Times, “it accounted for 93.4 percent of new infections, according to the Centers for Disease Control and Prevention.”

For the first time since the pandemic began, significant numbers of children are falling victim to the virus. “Children with COVID-19 used to make up 1 percent of patients hospitalized at Children’s Hospital New Orleans,” reports ABC News. “Now they account for about 20 percent, Dr. Mark Kline, physician-in-chief at Children’s Hospital New Orleans, told Good Morning America Monday. He said about half of the children hospitalized are under 2 years old. Most of the others are between 5 and 10 years old, so too young to be vaccinated. ‘This is not your grandfather’s COVID,’ Kline said. ‘This Delta variant is an entirely new and unexpected challenge.’”

Pediatric hospitals in Louisiana, Florida and Tennessee have been overwhelmed with new patients, with the sharpest increase taking place in patients under 12 years old. “Alan Levine, CEO of Ballad Health hospitals in Northeast Tennessee, replied on Twitter to news of Piercey’s projection to affirm that conditions are expected to become critical for some children,” reports the Nashville Tennessean. “‘And children have already died, and others are on ventilators, and ALL OF IT is preventable,’ Levine said. ‘So is what’s coming.’” Children are also becoming more impacted by long COVID, a version of the disease that can linger for months and involves a grim slate of deleterious effects.

Science has yet to comprehensively answer why Delta appears to affect young people more than the other strains have, but the steadily filling hospital beds stand as testament to the truth of it. “There are a lot of children now — all you need to do is do a survey of the pediatric hospitals throughout the country, and you’re seeing a considerable number of young people who are not only infected but who are seriously ill,” COVID expert Anthony Fauci told NBC News this weekend. “Again, the numbers compared to the elderly are less, but that’s a false comparison. These kids are getting sick. We’ve really got to make sure we protect them.”

Science has yet to comprehensively answer why Delta appears to affect young people more than the other strains, but the steadily filling hospital beds stand as testament to the truth of it.

Vaccinations — the one certain thing we can do to mitigate the virus — have begun to creep up after lagging for many weeks. Simultaneously, a push for government and the private sector to begin mandating vaccines is also on the rise. Facing the imminent return of millions of children to classrooms, the American Federation of Teachers is strongly advising a vaccine mandate for teachers before the school year begins. This represents a sea change for the union, which only last October advocated that teacher vaccinations remain voluntary.

Of course, young children cannot yet receive the vaccine themselves, leaving the responsibility for protecting them entirely in the hands of those adults who are able to safely receive vaccination. The more people who are vaccinated, the safer our children will be.

Due to the ongoing gap in vaccinations, however, it may already be too late to vaccinate our way out of this. The New York Times reports:

Epidemiologists had hoped getting 70 or 80 percent of the population vaccinated, in combination with immunity from natural infections, would bring the virus under control. But a more contagious virus means the vaccination target has to be much higher, perhaps in the range of 90 percent.

Globally, that could take years. In the United States, the target may be impossible to reach anytime soon given the hardened vaccine resistance in a sizable fraction of the country, the fact that children under 12 remain ineligible and the persistent circulation of disinformation about vaccines and the pandemic.

With so many people unvaccinated, in the United States and around the world, the virus has abundant opportunity not only to spread and sicken large numbers of people, but to mutate further. Some scientists have expressed hope that the virus has reached peak “fitness,” but there is no evidence this is so.

It was a nice summer there, for a while, but that’s over now. All of the fears we endured last year have returned with new, sharp teeth of the Delta variety, and many of the same seemingly settled questions need to be asked and answered once again. Are schools safe with the new variants on the loose? Are parents prepared for another round of home-bound education? What effect will all of this have on children themselves, who have endured so much already?

We reopened the country too much and too soon. Now we wait and see how much the jarring whiplash of that error in judgment will cost us.