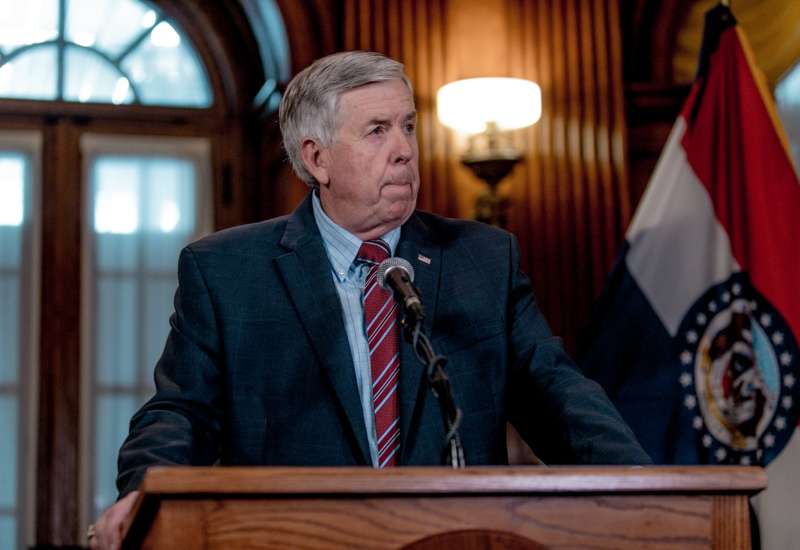 A Missouri judge has ruled that state lawmakers, including Missouri’s Republican Gov. Mike Parson, can no longer deny adults who are newly eligible for Medicaid from accessing the program.

Cole County Judge Jon Beetem, who had initially ruled in favor of allowing Parson and other Republicans the ability to restrict eligible participants earlier this year, changed his ruling after the state Supreme Court had found the legal arguments he had favored were improperly accepted. In his opinion published on Tuesday, Beetem said he was changing his initial finding “in accordance with the Mandate of the Supreme Court of Missouri.”

The state Supreme Court’s ruling had been a unanimous one.

Beetem’s new ruling also requires the state to treat newly eligible Medicaid participants similarly to those who are already in the program, and forbids the state from offering different tiers of benefits to Medicaid recipients.

The ruling on Tuesday affirms a referendum outcome from August 2020, which saw more than 53 percent of Missourians vote in favor of expanding the state’s Medicaid program in accordance with the Affordable Care Act (ACA). While the outcome of that vote was hailed at the time by health advocates as a promising step forward, Republicans in the state have since tried to block the expansion, through court challenges and legislative actions.

But those challenges would no longer remain obstacles to individuals getting Medicaid coverage.

“People who make up to 138 percent of [the] federal poverty level [in Missouri] can start applying now,” wrote St. Louis Public Radio correspondent Jason Rosenbaum. “It will take some time to get enrolled, but they can’t be denied coverage. Medicaid expansion in Missouri has arrived.”

Parson, reacting to the order on Tuesday, said he would “follow the law.” But he also expressed doubts over his and other lawmakers’ ability to find funding for the program, stating that one of the ways he could do so might be to lessen the benefits that Medicaid recipients in his state receive.

Those comments from Parson suggest that the slashing of Medicaid benefits may become the next major political battle on health care in the state.

With Missouri now officially legally bound to expand access to Medicaid, 38 states plus Washington, D.C. have now adopted Medicaid expansions. Twelve states, however, have opted out of doing so since the ACA became law more than 10 years ago. (States were given the opportunity to opt out of the expansion because of a federal Supreme Court ruling on the law in 2012.)

According to the Kaiser Family Foundation, hundreds of studies have shown positive outcomes from states’ Medicaid expansion, including greater access and utilization of care, healthcare affordability, and even improvements to states’ economies. One study from the National Bureau of Economic Research in 2019 suggested that thousands of lives — around 19,000 in total — have been saved due to states deciding to opt into expanding their Medicaid programs through the ACA. Conversely, around 15,000 lives have been lost because states have refused to accept funding to expand their programs, that same study found.