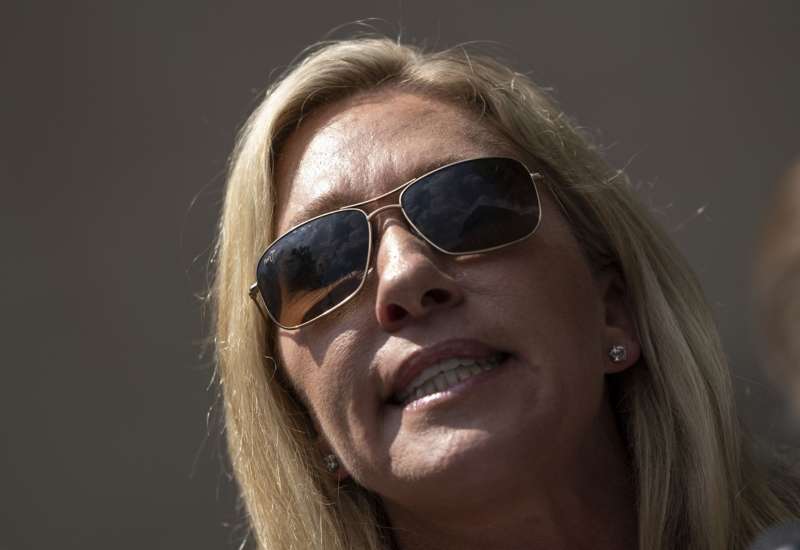 Twitter has imposed another suspension on Rep. Marjorie Taylor Greene (R-Georgia) for posting information on the coronavirus pandemic that was clearly misleading and false.

Greene had wrongly tweeted that vaccines being distributed across the United States were failing, and derided the idea of the Food and Drug Administration (FDA) possibly giving them full authorization in the coming weeks.

Contradicting Greene’s assertions, evidence has shown that vaccines are indeed working to stop the spread of COVID-19.

In areas where vaccination rates are higher the rates for positive coronavirus tests are lower. The vaccines have also lessened the severity of the virus in “breakthrough” cases, rare instances where vaccinated individuals have tested positive for coronavirus. Indeed, 97 percent of those who are currently hospitalized for COVID are individuals who have not received even one dose of vaccine to protect against it.

Twitter’s rules against posting false content requires a tweet to advance a claim as a definitive fact, which is also “demonstrably false or misleading” and would likely “impact public safety or cause serious harm.” By falsely describing vaccines as unsafe, Greene’s tweet appears to violate the social media company’s standards on all three fronts.

Because she has broken the rules multiple times, Greene’s account “will be in read-only mode for a week,” a company spokesperson said in a statement.

Twitter uses a “strike” system, and the severity of her punishment suggests she has reached four strikes so far for multiple rules violations. If she gets a fifth strike, she can be permanently banned from the social media platform.

Although Greene has only been suspended by the site a few times, an account can receive multiple strikes for a single violation, if it is severe enough.

In January, Greene was penalized for posting false conspiracy theories about the Georgia Senate runoff elections. In July, she was also suspended for 12 hours due to her making other false claims about the pandemic, including saying coronavirus was not dangerous for people under a certain age if they didn’t have underlying health conditions. She also wrongly claimed in those same tweets that the vaccines were unsafe.

In a statement about her suspension this week, Greene expressed no remorse for her actions, restating the false claims that led to her being temporarily booted from the platform in the first place. She also suggested her suspension came about simply because “the truth is so offensive” to Twitter and those opposed to her politically.