Earthquake Leaves Over 700 Dead in Haiti as Powerful Storm Approaches 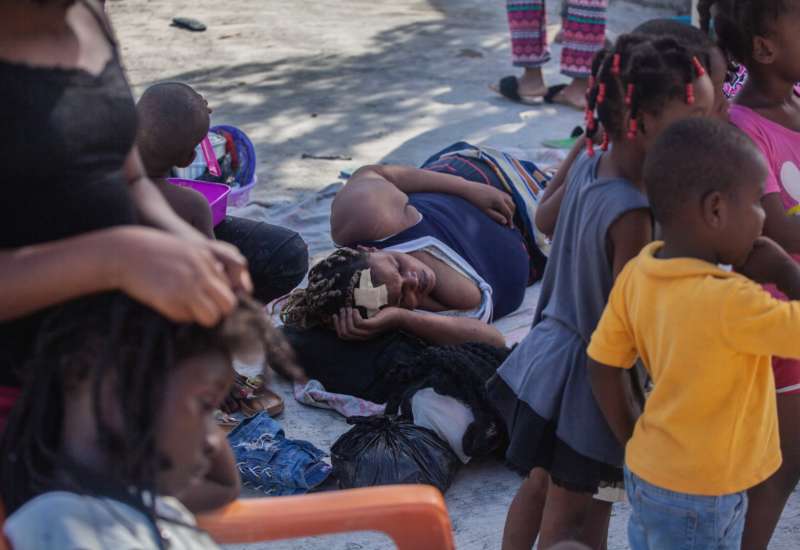 More than 700 people were confirmed dead Sunday and many thousands more injured and left homeless due to the large earthquake which struck Haiti on Saturday.

The Haitian government has declared a state of emergency following the 7.2 quake and the Office of Civil Protection put the official death toll Sunday afternoon at 724 individuals with approximately 2,800 injured — though both numbers are almost certain to rise.

According to the Guardian:

Aftershocks were felt throughout the day and through the night. Many people left homeless or frightened that their fractured homes would collapse stayed in the streets to sleep – if their nerves allowed.

In the badly damaged coastal town of Les Cayes, some families salvaged their few belongings and spent the night at an open-air football pitch. On Sunday morning, people lined up to buy what little was available: bananas, avocados and water at a local street market.

The prime minister, Ariel Henry, said he was rushing aid to areas where towns were destroyed and hospitals overwhelmed with patients.

As the search for survivors continued on Sunday, fears grew that Tropical Storm Grace — currently on a path towards Haiti — could hamper rescue and recovery efforts in the coming days.

Prime Minister Ariel Henry, recently appointed following last month’s assassination of President Jovenel Moïse, has ordered an assessment of the damage but said he will not be requesting official international assistance until the full scope of the disaster is understood.

“When it comes to medical needs, this is our biggest urgency,” Henry said Sunday. “We have started to send medications and medical personnel to the facilities that are affected. For the people who need urgent special care, we have evacuated a certain number of them, and we will evacuate some more today and tomorrow.”

Amid the devastation, many expressed caution over any misguided foreign interventions and interference — notably from the U.S., which has a long history of putting its own strategic interests above those of the Haitian people.

After the 2010 quake, hundreds of millions were spent on foreign troops. It was a mistake. At one point, the department of defense flew a plane low over Haiti warning people not to try and migrate to the US. https://t.co/A8OwIjbbN3

And as the Washington Post noted in its reporting:

As foreign charities, nongovernmental organizations and volunteer groups dispatched people, supplies and equipment to Haiti, Haitan authorities reiterated their insistence that all aid be channeled and cleared through them. Edmond said the government wants to avoid a repeat of massive amounts spent — and misspent — in Haiti after the 2010 earthquake.

Speaking to reporters in the capital of Port-au-Prince, Prime Minister said, “All aid must be coordinated through the Civil Protection to prevent the errors of 2010.”