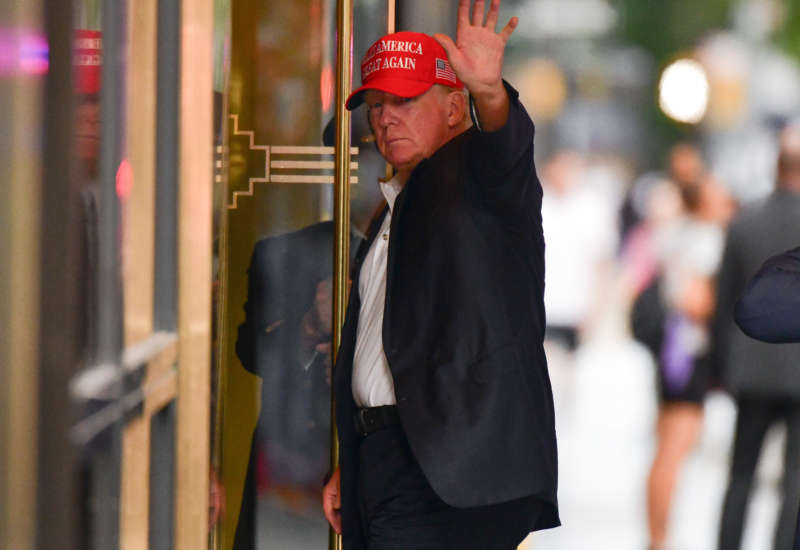 The Republican National Committee (RNC) removed a webpage praising former President Donald Trump for making a “historic peace agreement” with the Taliban on Monday amid chaos as the group took over the Afghanistan government.

The page, according to the archival Wayback Machine, was removed on August 15 as the Taliban surrounded Kabul. In an article entitled “President Trump Is Bringing Peace To The Middle East,” the RNC touted a “historic peace agreement with the Taliban in Afghanistan” made by Trump.

Though critics argued the agreement didn’t contain enough concessions from the Taliban to be worthwhile for the U.S., it still signalled the beginning of troop withdrawal from Afghanistan, which progressives have been pushing for decades. President Obama had pledged but failed to follow through on withdrawing from Afghanistan and it was only after the agreement last year, that Trump began withdrawing troops from the country.

The RNC deputy chief of staff Mike Reed said that the RNC web page was taken down because the organization is moving to a new website and that its removal on Sunday was a coincidence. But Republican lawmakers and the RNC have also appeared to be reversing course on the issue in recent days, saying now that withdrawing from Afghanistan is a mistake.

“With the Taliban takeover of Afghanistan, America is now less safe. This is the latest real world, horrific consequence of Biden’s weak foreign policy,” tweeted the RNC on Monday.

Meanwhile, several Republican lawmakers have also reversed course on the issue, as the American Independent pointed out. Rep. Joni Ernst (R-Iowa) tweeted in February that Trump’s agreement is “a sign of progress, and a step toward being able to bring our troops home.” But on Sunday, she pinned the entire situation on Biden, criticizing his “rapid and haphazard withdrawal of American troops.”

Rep. Lauren Boebert (R-Colorado) took an even sharper heel turn. In February, she tweeted criticism of Biden’s plan to extend the full troop withdrawal to September after it was originally planned for May — an extension that was arguably necessitated by a lack of planning from the Trump administration. Still, Boebert said, “We’ve been in Afghanistan for more than half my life. We need to end the endless wars.”

By Sunday, Boebert had a different stance — though still, somehow, critical of Biden. “Joe Biden was in the Senate when America pulled out of Saigon in 1975. He didn’t learn,” she said.

Trump also did a swift turnaround on the withdrawal strategy to criticize Biden. Back in April Trump had said that continuing to withdraw troops was “a wonderful and positive thing to do” while criticizing Biden’s timeline. On Saturday, however, Trump criticized Biden for “[running] out of Afghanistan” and not following Trump’s timeline — though Trump’s deadline passed three months ago.

It’s hard to say whether or not any troop withdrawal from the country would have caused the current outcome. Biden could likely have taken more precautions, especially with regards to refugees, in the event that the Taliban did take over, but judging by his comments earlier this year, he seemed confident that it wouldn’t happen.

Biden has said that he was withdrawing because, as progressives have warned over the years, there is no good militaristic solution to the situation. “I will not send another generation of Americans to war in Afghanistan with no reasonable expectation of achieving a different outcome,” Biden said in July. Though it appears that his administration had miscalculated the risk of a Taliban takeover, it also didn’t give in to the decades-old lies about the U.S. in Afghanistan holding back terrorism and creating peace.

Biden re-emphasized that position on Monday in remarks about the Taliban takeover. “Truth is, this did unfold more quickly than we had anticipated,” he said. “If anything, the developments in the past week reinforced that ending U.S. military involvement in Afghanistan now was the right decision.”

The president then promised to end American occupation of the country. “I will not pass this responsibility onto a fifth president. I will not mislead the American people by claiming that just a little more time in Afghanistan will make all the difference.”