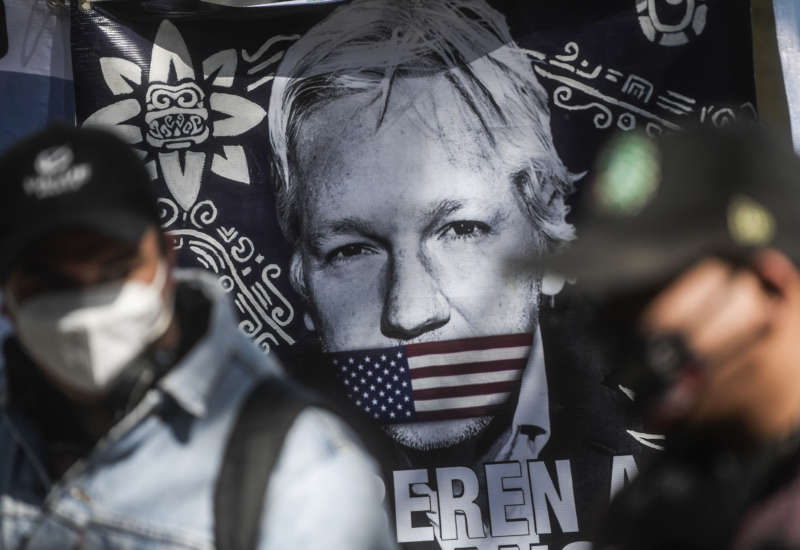 On August 11, in a rare occurrence, U.K. High Court Lord Justice Holroyde and Mrs. Justice Farbey overruled the July 5 decision of Mr. Justice Swift and allowed the Biden administration to add two additional grounds for its appeal against Julian Assange, who is being held on charges filed by the Trump administration under the Espionage Act. Assange was indicted for revealing evidence of U.S. war crimes in Iraq, Afghanistan and Guantánamo that Chelsea Manning furnished him and WikiLeaks. He faces 175 years in prison if he is extradited from the U.K., tried and convicted in the United States.

Mr. Justice Swift had ruled that the United States could base its appeal on three of the five grounds it requested. The August 11 ruling allows the U.S. to argue two additional grounds as well. The expansion of the U.S. appeal is a worrying sign for Assange — and for the future of investigative journalism.

In September 2020, a three-week extradition hearing was held in Assange’s case. On January 4, U.K. District Court Judge Vanessa Baraitser issued her decision denying the Trump administration’s request to extradite Assange to the United States to stand trial. Judge Baraitser ruled that Assange would be a high risk for suicide in light of his mental state and conditions under which he would be held in U.S. prisons. As Donald Trump was leaving office, his administration successfully petitioned the High Court for permission to appeal Judge Baraitser’s ruling.

Joe Biden should have dismissed Trump’s appeal — consistent with the Obama-Biden administration’s refusal to indict Assange out of fear that indicting a journalist would imperil the First Amendment’s guarantee of freedom of the press. No journalist or media outlet has been prosecuted under the Espionage Act for publishing truthful information. The First Amendment protects journalists who publish illegally obtained material that is a matter of public concern, including evidence of war crimes. The U.S. government has never prosecuted a journalist or media outlet for publishing classified information, which constitutes an essential tool of journalism.

But Biden is doubling down and continuing Trump’s appeal.

When the United States’ appeal is heard on October 27 and 28, the High Court may reweigh factual findings made by the District Court judge who was uniquely positioned to determine the credibility of the witnesses who testified at the extradition hearing.

The five grounds on which the Biden administration is appealing the denial of extradition are as follows:

Judge Baraitser committed legal error when she concluded that extradition would be unjust or oppressive due to Assange’s mental or physical condition under section 91 of the 2003 Extradition Act;
Judge Baraitser should have notified the United States in order to provide it an opportunity to offer assurances to the court that Assange would not be subjected to conditions that imperiled his health and his life;
Judge Baraitser should have excluded, or assigned less weight to, the evidence of defense psychiatric expert Professor Michael Kopelman regarding the severity of Assange’s mental condition;
Judge Baraitser committed error in her overall assessment of the evidence of suicide risk; and
After the extradition hearing, the United States provided the U.K. with a package of “assurances” regarding the conditions under which Assange would be held if extradited to the U.S. The United States also offered an assurance that if Assange is convicted, it would consent to his transfer to Australia to serve his custodial sentence.

Judge Baraitser relied largely, but not exclusively, on the evidence presented by Professor Michael Kopelman. In her January 4 ruling, Judge Baraitser wrote:

[Kopelman] assessed Mr. Assange during the period May to December 2019 and was best placed to consider at first-hand his symptoms. He has taken great care to provide an informed account of Mr. Assange’s background and psychiatric history. He has given close attention to the prison medical notes and provided a detailed summary annexed to his December report. He is an experienced clinician and he was well aware of the possibility of exaggeration and malingering. I had no reason to doubt his clinical opinion.

Kopelman, an international authority on neuro-psychiatry, evaluated Assange in prison and concluded that he was at severe risk of suicide if imprisoned in the U.S. Judge Baraitser cited Kopelman’s statement, “I am as confident as a psychiatrist ever can be that, if extradition to the United States were to become imminent, Mr. Assange will find a way of suiciding.” She noted that other experts corroborated Kopelman’s predictions of suicide.

The United States is arguing on appeal that Judge Baraitser should have excluded Kopelman’s evidence (or given it less weight) because he omitted from his December 2019 report that Assange had a partner, Stella Morris, and they had two young children together. Kopelman knew about them but was concerned about Morris’s anxiety about the privacy of her children. Both Kopelman’s subsequent report in August 2020 and his testimony at the September 2020 extradition hearing referred to Morris and their children. By then, it had become public knowledge.

Judge Baraitser considered Kopelman’s two reports as well as his testimony before rendering her January 4 ruling. She acknowledged the initial concealment but excused it, writing:

It is well-established in English courts that the appellate court will not generally review factual findings — including credibility determinations — made by the trial court.

Lord Justice Holroyde admitted that it is “very unusual for an appellate court to have to consider the position of an expert witness whose written evidence has been found to be misleading, but whose opinion has nonetheless been accepted by the court below.” He added that there is not a “complete bar” to an appellate court finding “that the judge below was wrong in her assessment of the evidence. I have come to the conclusion that it is here at least arguable that the present case is one in which such a power may operate.”

The United States is presenting “assurances” that if Assange is extradited to the U.S., tried, convicted and imprisoned, he will not be subject to special administrative measures (SAMs) — which are onerous conditions that would keep him in virtual isolation — or be held at ADX maximum security prison in Florence, Colorado. And the U.S. would not object to Assange serving any custodial sentence he may receive in Australia.

These so-called assurances are conditional, however. The U.S. reserves the right to impose SAMs or hold Assange at ADX if future behavior warrants. And the U.S. cannot guarantee that Australia would consent to host Assange’s incarceration.

If the United States is ultimately allowed to extradite Assange and try him under the Espionage Act, it will send an ominous message to investigative journalists that they publish material critical of the U.S. government at their peril. This would threaten freedom of the press under the First Amendment and deprive the American people of crucial information with which to hold their government accountable.