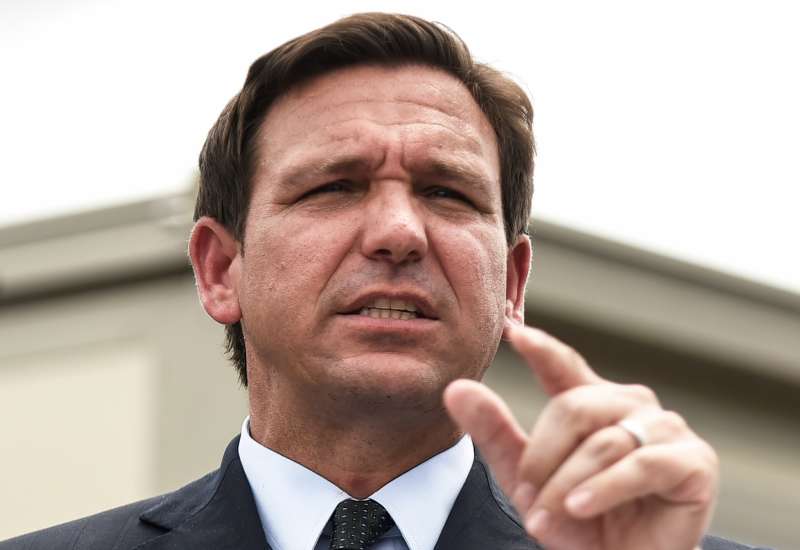 The Florida Board of Education determined on Tuesday that two school districts in the state, in Broward and Alachua Counties, violated the state’s new law banning rules on masking by requiring students to wear facial coverings while at school to prevent the spread of coronavirus.

Republican Gov. Ron DeSantis signed a bill passed by the state legislature into law earlier this year, and has threatened financial penalties for school administrators — including withholding the salaries of superintendents and school board members — if they violate the statute.

“Any financial penalties for breaking the rule [banning local mask mandates] would be targeted to those officials who made that decision,” DeSantis spokeswoman Christina Pushaw said in a tweet she made earlier this month.

The Florida Board of Education determined that an investigation should move forward, with the possibility of punishing the district’s leaders for noncompliance. If penalized, the two districts would be the first in the state to be punished under the new law.

Broward County interim schools superintendent Vickie Cartwright justified her district’s actions in defying the law banning mask mandates by noting that the county only had five pediatric ICU hospital beds open, amid the spread of the Delta variant of COVID-19.

Masks have been shown to be an effective, albeit not perfect, way to prevent the spread of coronavirus. Children under the age of 12 are not yet eligible to receive vaccines for protection against the virus, and the Delta variant appears to be causing more harm to children this year than the initial outbreak of COVID-19 did in 2020.

In response to the possibility that school administrators could be financially disciplined for trying to protect the lives of children, U.S. Department of Education Secretary Miguel Cardona wrote a letter to DeSantis’s office, telling the Florida governor that such punishments would be rectified by the federal government.

“It appears that Florida has prioritized threatening to withhold state funds from school districts that are working to reopen schools safely rather than protecting students and educators and getting school districts the federal pandemic recovery funds to which they are entitled,” Cardona said in his letter, adding that he and the Education Department “stands with these dedicated educators who are working to safely reopen schools and maintain safe in-person instruction.”

In response to the threats to withhold compensation from Florida educators who follow basic public health guidelines, the federal department would pay “the full salaries of educators (including superintendents) and school board members,” Cardona said.

The vast majority of Americans, 69 percent, back the idea of school districts requiring masks in schools, while a similar number, 65 percent, oppose politicians enacting bans on such mandates, according to an Axios/Ipsos poll released this week. Florida residents are mostly in agreement, with a statewide poll recently showing that 62 percent of voters there are in favor of masking requirements.