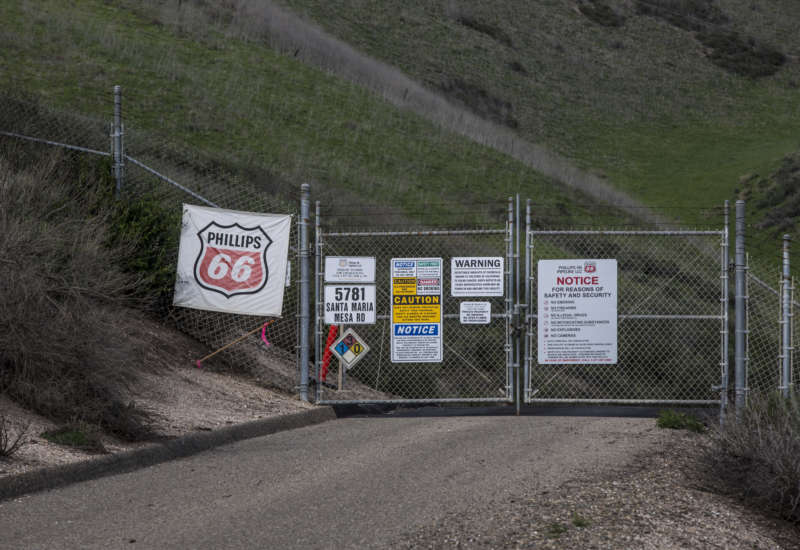 A federal judge on Wednesday tossed out construction permits for a sprawling, multibillion-dollar Alaska oil drilling project that the Trump administration approved and the Biden Interior Department defended in court earlier this year, infuriating Indigenous groups, climate advocates, and scientists.

In a 110-page decision, Judge Sharon Gleason of the U.S. District Court for Alaska ruled that the Trump administration failed to adequately consider the climate impacts of the Willow project, which — if completed — would produce up to 160,000 barrels of oil a day over a 30-year period.

Specifically, Gleason deemed “arbitrary and capricious” the Bureau of Land Management’s failure to include potential greenhouse gas emissions from foreign oil consumption in its analysis of the project, which was planned by ConocoPhillips. Gleason also faulted the U.S. Fish and Wildlife Service for not detailing how polar bears would be protected from the massive fossil fuel initiative, which would include the construction of several new oil drilling sites and hundreds of miles of pipeline.

A spokesperson for ConocoPhillips said the company intends to weigh its options in the wake of the judge’s decision, which environmentalists hailed as a “resounding win” for the climate.

“We were very surprised to see the Biden administration, which has promised historic progress on climate change, defending this plan in court—but today’s decision gives the administration the opportunity to reconsider the project in light of its commitment to address the climate emergency,” Earthjustice attorney Jeremy Lieb said in a statement. “We are hopeful that the administration won’t give the fossil fuel industry another chance to carve up this irreplaceable Arctic landscape with drilling rigs, roads, and pipelines.”

“We must keep Arctic oil in the ground if we want a livable planet for future generations,” Lieb added.

“The Biden administration must now review Willow with a fresh eye,” said Miller. “The reality is that a massive oil project like Willow, so close to local communities and projected to emit hundreds of millions of metric tons of CO2 into the atmosphere over the course of its lifetime, moves us away from our nation’s long-term climate and environmental justice goals and simply should not move forward.”

The Willow decision comes as the Biden administration is facing mounting criticism from lawmakers for shielding major fossil fuel projects from legal challenges. In recent weeks, scientists have made increasingly clear that oil and gas extraction must stop immediately if the worst of the climate crisis is to be averted.

On Monday, dozens of Democratic members of Congress sent a letter imploring President Joe Biden to revoke permits for Line 3, a major pipeline project that would damage the climate as much as 50 new coal-fired power plants.