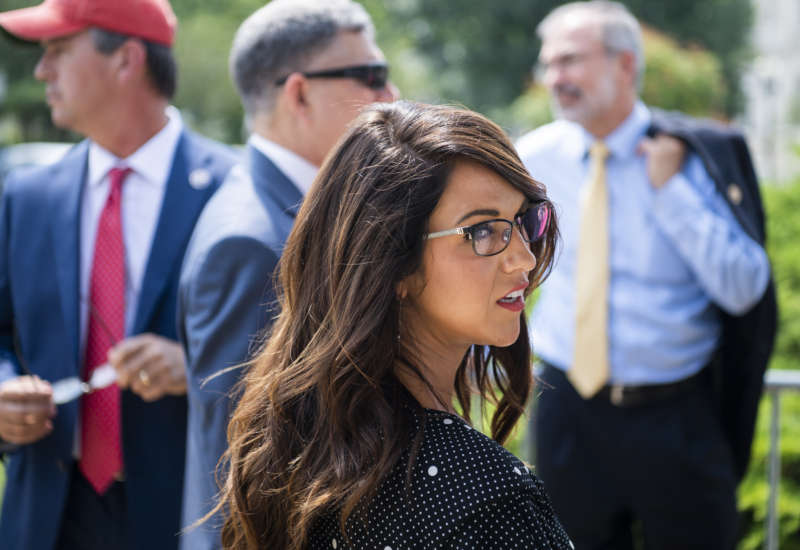 Rep. Lauren Boebert (R-Colorado) failed to disclose her husband’s large energy company earnings during her congressional campaign as required by law, according to a report by The Associated Press.

Boebert’s husband made $478,000 last year and $460,000 in 2019 while consulting for Terra Energy Productions, according to the disclosure. The lawmaker, who filed the 2020 earnings this week, should have reported the income last year during her run for office, as campaign and congressional finance laws require lawmakers to disclose all sources of income, including investments.

“Voters have a right to know what financial interest their elected officials might be beholden to,” Kedric Payne, Campaign Legal Center senior ethics director and former deputy chief counsel for the Office of Congressional Ethics, told The Washington Post. The Office of Congressional Ethics should investigate the lawmaker for what “could be [a] criminal” failure to disclose, if it was done intentionally.

Boebert now serves on the House Natural Resources Committee, which oversees energy and land management in the U.S., including fossil fuel extraction inland and offshore. She has also introduced legislation that could have benefited her husband financially or professionally, as Terra Energy’s focus is on oil and gas exploration, according to its website.

Since January, when Boebert was sworn in, she has introduced several pro-fossil fuel bills and made statements aimed at bolstering the industry or taking down its detractors, the American Independent reported.

In her first month in office, the Colorado representative introduced a bill that would have barred the U.S. from reentering the 2015 Paris Agreement, a nonbinding international agreement to reduce greenhouse gas emissions.

The next month, she introduced a bill that would keep the U.S. from banning oil and gas leasing on federal lands and reverse Joe Biden’s decision to axe the Keystone XL pipeline.

Boebert criticized the Green New Deal after Rep. Alexandria Ocasio-Cortez (D-New York) and Sen. Ed Markey (D-Massachusetts) reintroduced the resolution earlier this year. In her statement, Boebert said that the proposal calls for a reduction in fossil fuel use that would throw the country into “a literal energy dark age.”

Boebert is not the only lawmaker defending fossil fuels who has close ties to the industry. The oil and gas industry contributes millions to lawmakers, influencing Republicans and Democrats alike to continue legislating in their favor. The most recent and high profile example of this is the infrastructure bill, which was stripped of its climate provisions by lawmakers under the influence of oil giant Exxon.

The Colorado Republican also faces scrutiny over other potentially illegal actions involving campaign funds, including questions from the Federal Election Commission over an “apparent personal use of thousands of dollars in campaign funds.”