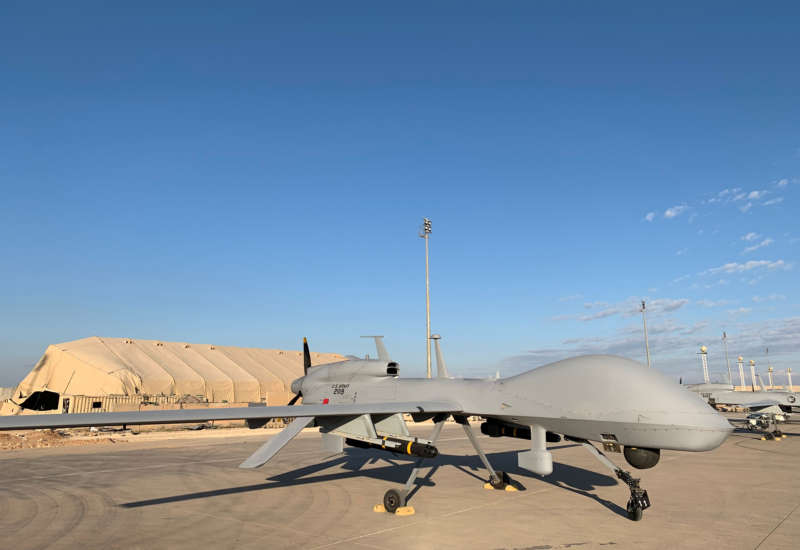 On a Friday night in southern Yemen in October 2011, 16-year-old Abdulrahman al-Awlaki was enjoying dinner with his 17-year-old cousin at an open-air restaurant. He was getting ready to say goodbye to him before heading back to his grandpa’s house in Yemen’s capital city of Sanaa.

Abdulrahman was an American, born in Denver, Colorado, 26 years ago today, August 26. He spent the first seven years of his life in the United States, doing what a lot of other U.S. kids do: watching “The Simpsons,” listening to Snoop Dogg and reading the Harry Potter series.

But on that October night in Yemen, he wouldn’t make it back to Sanaa. While he was at dinner, a drone strike authorized by then-President Barack Obama was carried out. It killed him, his cousin, and several other civilians.

Abdulrahman should have been turning 26 years old today, but instead his future was robbed by the U.S. drone war. His grandfather wrote a plea for answers from the Obama administration in The New York Times in 2013 about the murder of his beloved grandson.

“Local residents told me his body was blown to pieces. They showed me the grave where they buried his remains. I stood over it, asking why my grandchild was dead. Nearly two years later, I still have no answers,” he wrote.

This kind of grief is all too common in Yemen, Afghanistan, Pakistan and Somalia, where most U.S. drone strikes are conducted.

Like so many victims of U.S. drone strikes, Abdulrahman was in “the wrong place at the wrong time.” For the al-Awlaki family, the circumstances around Abdulrahman’s death were incredibly familiar. Just two weeks prior, a U.S. ordered drone strike killed his father, Anwar al-Awlaki, a U.S. citizen accused of being a part of al-Qaeda in the Arabian Peninsula.

While the drone strike on his father was intentional, questions still surround the Obama administration’s decision to order the drone strike that killed Abdulrahman. In 2017, the Trump administration approved a U.S. raid targeting al-Qaeda in al-Ghayil that killed Abdulrahman’s half-sister, Nawar al-Awlaki. Nawar was 8 years old and also a U.S. citizen.

How can the “war on terror” truly be about the country’s safety when it is directly killing U.S. citizens?

Right before President Obama took office, the CIA launched a drone attack on a funeral in Pakistan that killed 41 people. Drones quickly became the main manifestation of the war on terror during Obama’s time in office. The premise of increased use of drones was to keep U.S. boots off the ground in the Middle East and Africa. With drone technology, the U.S. was able to conduct covert wars in several countries at once.

Three days after he was inaugurated, Obama authorized a drone strike in Pakistan that killed as many as 20 civilians. Even after knowing how deadly drone strikes really were, Obama went on to conduct 10 times more drone strikes than his predecessor, George W. Bush.

Eight years and 540 drone strikes later, the U.S. public will never really know how many civilians were killed during those years. The U.S. military counts many teenage boys as “enemy combatants” instead of civilians.

In 2011, the U.S. military launched Operation Haymaker in Afghanistan’s Pech Valley. Analysts at Bagram Air Force base would track militants’ cellphones, which proved inaccurate at times. Targets were often with their families or near bystanders when spotted by intelligence analysts. In 2015, The Intercept helped leak documents that showed during the period of Operation Haymaker, 90 percent of those killed by drone strikes were not the intended target.

President Donald Trump continued the brutal use of drones in Afghanistan. In November of 2019, he authorized a drone strike on a village in southeastern Afghanistan where local residents said that all the casualties that day were civilians.

“They keep saying that they are killing terrorists. But that’s not true. Farmers, shepherds and women are not terrorists. One of the victims, Naqib Jan, was a 2-year-old child,” said Islam Khan, a resident of the province that was attacked that day.

Americans were told that “terrorists” don’t respect U.S. rights and values. But what are the nation’s rights and values? The highest law of the land would suggest due process and liberty, something drone strikes and the PATRIOT Act do everything to undermine. Three U.S. citizens in a single family, two of whom were children, were executed without charges, evidence or a trial. The U.S. Supreme Court would not even uphold Anwar al-Awlaki’s right to due process because it was an issue of national security that the Supreme Court felt it had no jurisdiction over. Drone strikes that kill people, even suspected terrorists, are in violation of not only our own laws but international law as well. U.S. citizen or not, the U.S. military cannot continue to act as judge, jury and executioner for people.

Drone strikes and military occupation during the war on terror have been devastating, taking many more lives than the public will ever really be able to know. The only way to make a safer world is the abandonment of war on terror policies like drone strikes and forever wars. After 20 years of unimaginable brutality, the U.S. must be held accountable for the killing of Abdulrahman, Nawar, and countless other civilians across Asia and Africa.

Twenty years since the war on terror began, it has only created more enemies, instability and suffering. Nowhere is that more apparent than in Afghanistan. For two decades the U.S. occupied and bombed Afghanistan under the guise of fighting terrorism. Between January 2004 and February 2020, the U.S. conducted over 13,000 drone strikes in Afghanistan. Thousands of Afghan civilians have been mercilessly killed and millions displaced by the U.S. occupation and continual drone strikes. The group the U.S. spent decades and trillions of dollars fighting has now taken over the country. The U.S. has nothing to show for its occupation of Afghanistan but blood, and lots of it.