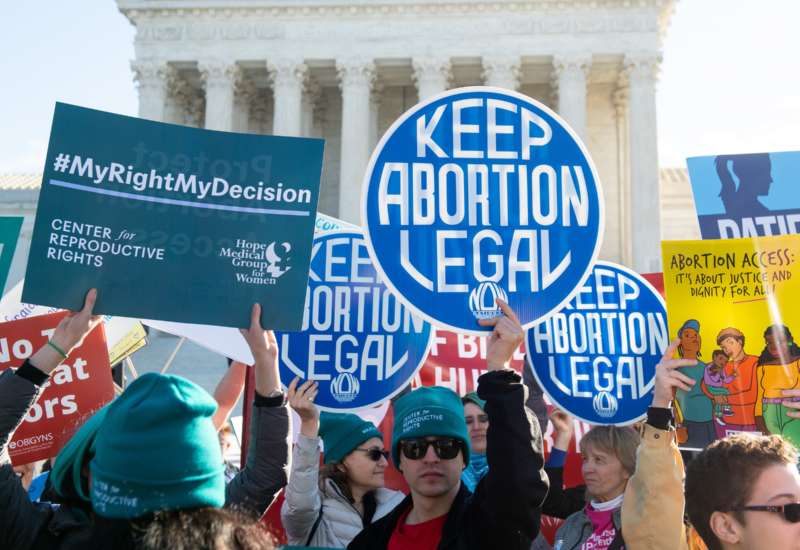 A new poll shows that the United States Supreme Court has received its lowest approval rating ever — just two weeks after the Court refused to hear arguments seeking to invalidate a Texas law restricting abortion access after six weeks of pregnancy.

The Texas statute, which began being enforced on September 1, places responsibility of enforcement on individuals rather than the state itself. Individuals are granted the ability to sue anyone they say helped a person procure abortion services, including providers, for sums of up to $10,000.

The Court’s conservative majority issued an order earlier this month saying they would not hear arguments on the case, stating that because the onus is on an individual to enforce the law — rather than the state of Texas — it cannot rule on the statute until an aggrieved party sues. The liberal bloc of justices, joined by Chief Justice John Roberts, dissented with that viewpoint, with Justice Sonia Sotomayor calling the Court’s refusal to intervene “stunning.”

“Presented with an application to enjoin a flagrantly unconstitutional law engineered to prohibit women from exercising their constitutional rights and evade judicial scrutiny, a majority of Justices have opted to bury their heads in the sand,” Sotomayor wrote.

Two weeks after that decision by the Court, polling from Quinnipiac University shows that the institution’s public approval has dropped.

According to the poll, which was conducted from September 10-13, just 37 percent of Americans approve of how the Supreme Court is conducting itself. Nearly half (49 percent) of respondents said they have a disapproving view of the High Court.

As Quinnipiac University has pointed out, that approval rating is the lowest the Court has ever received since the poll began asking the question in 2004.

Respondents were also more apt to believe the Court has a conservative bias than a liberal one. When asked if the Court’s ideology was too far to the left, only 19 percent said so. Asked if it was too conservative, however, 34 percent of respondents said that it was.

And although a person’s right to a medical procedure that can significantly affect their health and well-being shouldn’t be up for debate, the poll also found that most Americans want laws like the Texas law banning abortion to be thrown out. Sixty-two percent of those taking part in the poll said that abortion should be legal in all or most cases, compared to just 32 percent who disagreed. Sixty-seven percent said that they agreed with the decision in Roe v. Wade, the 1973 Supreme Court ruling that acknowledged the right to access abortion throughout the U.S.

Even when presented with an incredibly charged question on fetal heartbeat, a majority of Americans still supported a person’s right to have an abortion, the poll found.

When asked if abortion access should be easier or more difficult, a plurality responded in favor of the former. According to the poll, 48 percent of Americans say it should be easier for a person in the U.S. to get an abortion, with just 35 percent holding the opposing view.

Although the Supreme Court avoided the question earlier this year, they may have to address whether Texas’s law can continue to be enforced in the near future. The U.S. Department of Justice (DOJ) filed a lawsuit this month seeking to invalidate the law, and requested that a federal judge place an injunction on its enforcement earlier this week.

“This attempt to shield a plainly unconstitutional law from review cannot stand,” the DOJ wrote in its request.

The Court is also slated to hear a separate case from Mississippi later this year, in which thestate’s attorney general is attempting to undo the abortion rights guaranteed in Roe v. Wade.