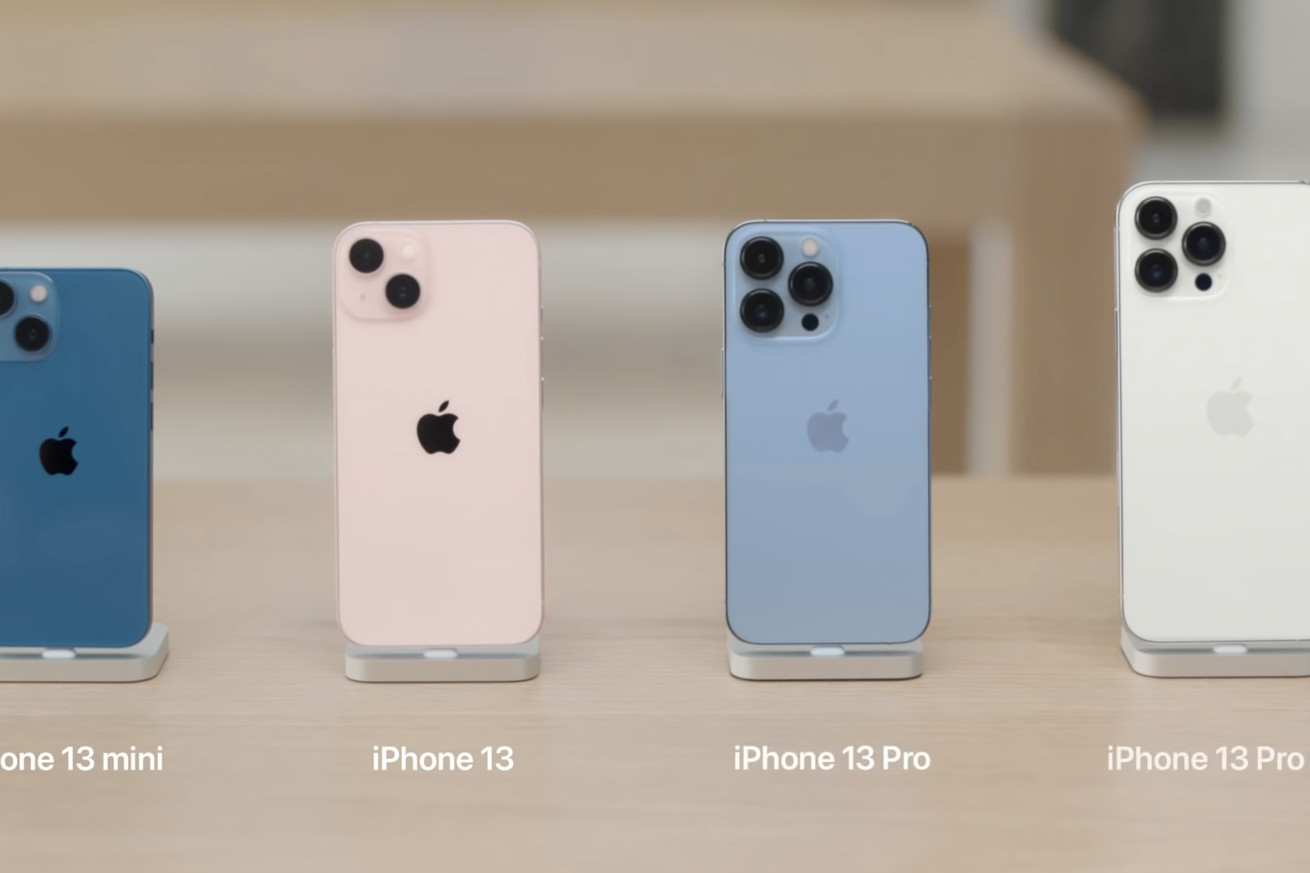 Apple released a seven-and-a-half-minute video to act as a guided tour of the iPhone 13 and 13 Pro’s features, and to make the differences in the lineup clearer. In the clip, Apple also goes through some of the phone’s new video and camera features like cinematic mode, photographic styles, and macro photography, and emphasizes the phones’ increased battery life.

The video doesn’t really give us any new info, but it does give us more (obviously very carefully crafted) footage of the iPhone 13 outside of a blank black or white background.

Image: Apple
Here’s a good idea of what your fancy iPhone 13 Pros will look like covered in iced tea.

Also, the video has a particularly funny scene, meant to show off the…