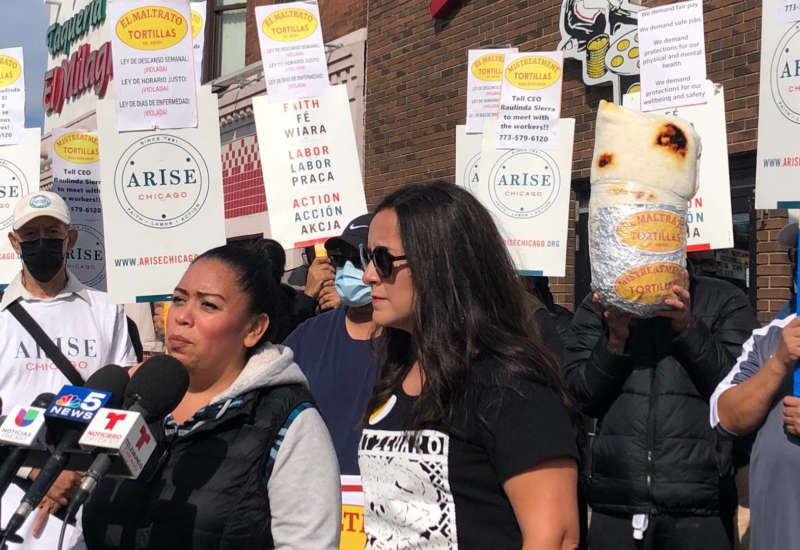 We go to Chicago for an update on workers at El Milagro tortilla plants who staged a temporary walkout last week to protest low pay, staff shortages and abusive working conditions, including intimidation and sexual harassment. El Milagro claims an ongoing tortilla shortage is due to supply chain issues, but organizers say the company has lost staff due to their poor treatment of workers, including their mishandling of the pandemic, resulting in dozens of infections and five deaths. Workers gave El Milagro management until this Wednesday to respond to their demands. “The company, instead of offering better wages and hiring more people, is just cranking up the machines,” says Jorge Mújica, strategic campaigns organizer at Arise Chicago, a community group that helps people fight workplace exploitation.