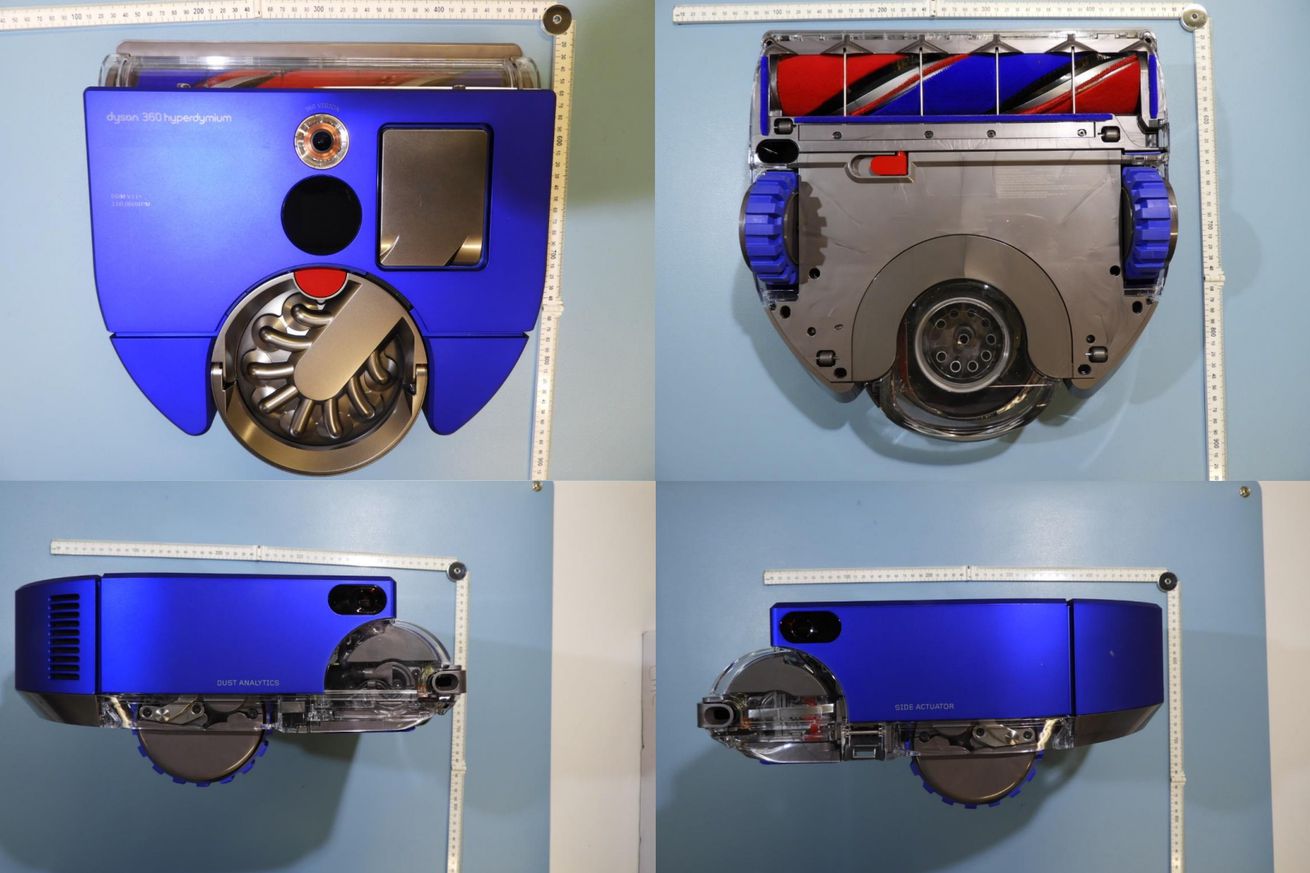 The unnamed robovac has the same striking blue color as its predecessor, the Dyson 360 Heurist. | Image: FCC / The Verge

Dyson’s last vacuum cleaner, the oddly-named 360 Heurist, skipped a US release, apparently because its design was ill-suited to the layout of American homes. But it looks like the company is planning to launch a new robovac in the US soon, after filing details of an unannounced product with the FCC. Photos in the filing seem to show a new design that is wider and flatter than its predecessors, with a squared-off rear and bulkier charging base.

The unnamed robovac comes in the same striking nickel blue color as its predecessor, and has tank treads and a detachable dust bin, just like Dyson’s previous forays into this product category. It also looks like the device (labelled RB03) has the Heurist’s 360-degree camera with LED lighting ring….