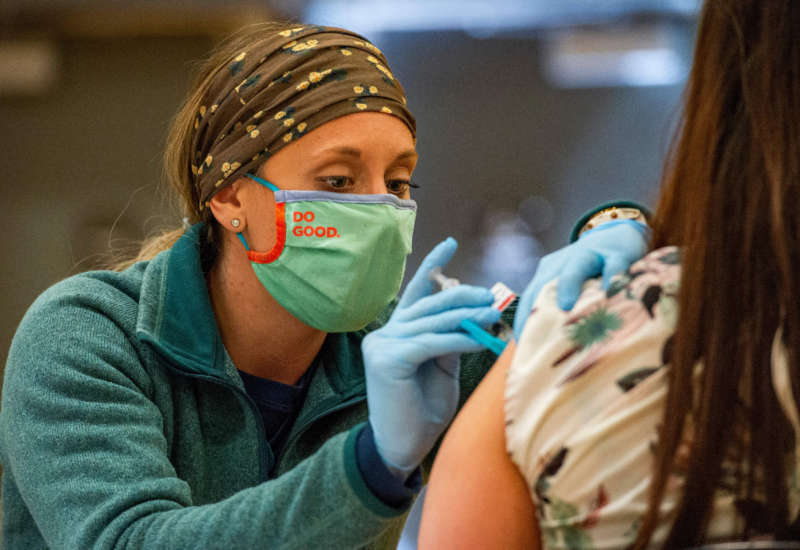 This week, the United States Supreme Court rejected an emergency appeal from Maine residents seeking to block a mandate requiring health care workers in the state to obtain COVID-19 vaccines by the end of this month.

The Court has previously rejected requests for injunctions on laws or policies at the city level, or by universities that required such mandates. This latest action is the first time the Court has acted on a state-wide mandate on vaccines.

The order from the Court, authored by Justice Stephen Breyer on Tuesday, noted that petitioners could still attempt to undo the mandate through the U.S. First Circuit Court of Appeals.

A panel within the First Circuit court also rejected an emergency stay of the policy on Friday, but a legal appeal to a lower court’s order affirming the legality of the mandate could still be filed.

Maine Gov. Janet Mills (D) announced the policy in early September, saying it would be enforced for all health care workers in hospitals and nursing homes in the state. The workers affected by the mandate have until October 29 to get vaccinated, or risk losing their jobs.

“Anyone who is placed in the care of a health care worker has the right to expect – as do their families – that they will receive high-quality, safe care from fully vaccinated staff,” Mills said last month.

Polling shows that Americans overwhelmingly want workers in a number of industries to be vaccinated for COVID-19, particularly within the health care industry. An August Associated Press-NORC poll, for example, found that 62 percent of Americans believe hospital and other health care workers should be vaccinated, while only 19 percent said they opposed the idea.

President Joe Biden has proposed a new rule that would require health care workers across the country to be vaccinated if they work for a health care group or company that receives federal Medicare or Medicaid funding. According to a Gallup poll last month, 63 percent of Americans back that provision of the president’s proposed mandate.