AOC: GOP Opposes Build Back Better Because They Fear “A Changing Country” 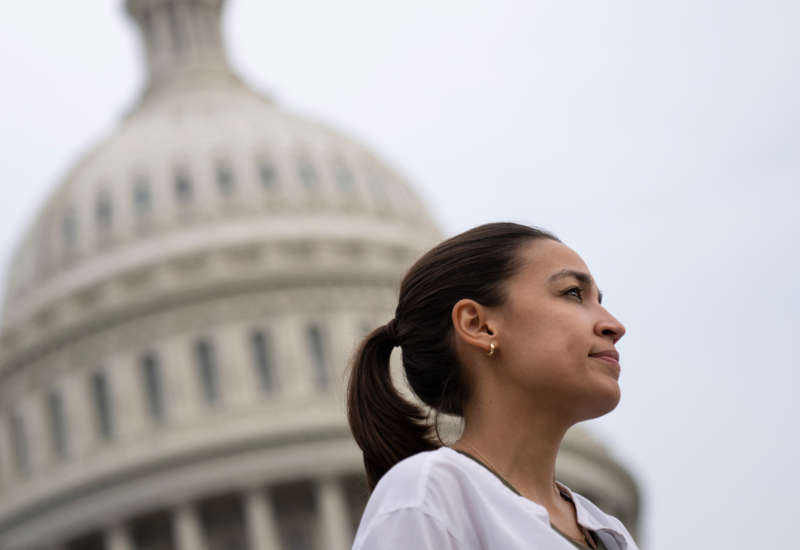 When asked about Republicans’ refusal to negotiate with Democrats on the Build Back Better Act, Rep. Alexandria Ocasio-Cortez (D-New York) said that the GOP is upset because the country’s attitudes and demographics are changing.

“I think that they are upset about a changing country,” Ocasio-Cortez said, adding that Republicans are angered by their inability to get a legitimate majority elected to Congress due to having “a very narrow homogenous, classist base.”

The GOP is also upset about an increase in “class consciousness and racial consciousness” among the electorate, which is “seriously disrupting the status quo of American politics,” Ocasio-Cortez said.

“They are scared and they are angry and they are doing absolutely everything possible to ensure that we disenfranchise the very people and communities that have the power of changing this country for the better,” the New York Democrat went on. Because of this, GOP lawmakers are “not even considering voting” for the reconciliation package, which contains transformative social spending proposals that could improve many of those people’s lives, she added.

The comments were made during an online panel hosted by Sen. Bernie Sanders (I-Vermont) on Wednesday night. The event, which was titled “What’s in the Damn Bill?” sought to promote passage of the reconciliation package.

Sanders and his panel guests didn’t address the current negotiations on the bill during the online broadcast, focusing instead on general proposals included within it. However, recent events seem to indicate that what was once a robust anti-poverty and climate-crisis-combatting bill will now be watered down in significant ways.

In order to placate demands from conservative Democrats like Sen. Joe Manchin (D-West Virginia) and Sen. Kyrsten Sinema (D-Arizona), Biden has signaled support for lowering the overall cost of the package from $3.5 trillion over the next 10 years to somewhere between $1.75 trillion and $1.9 trillion.

Such cuts would significantly reduce the plan’s scope. Instead of having 12 weeks of paid family and medical leave, workers would only be able to count on four weeks of benefits. Proposed Medicare spending would also face downsizing. The bill, which originally included dental, vision and hearing benefits for seniors, may now only include dental — and only as a “pilot program” rather than universal rollout.

Polling has found that voters prefer a reconciliation package that is more far-reaching. A recent CBS News survey revealed that 84 percent of Americans favor an expansion of Medicare that includes all items, not just dental. Additionally, 73 percent of the poll’s respondents back the plan to provide longer paid family and medical leave.